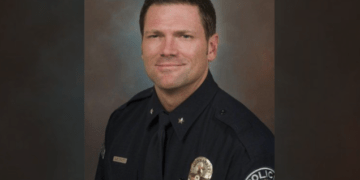 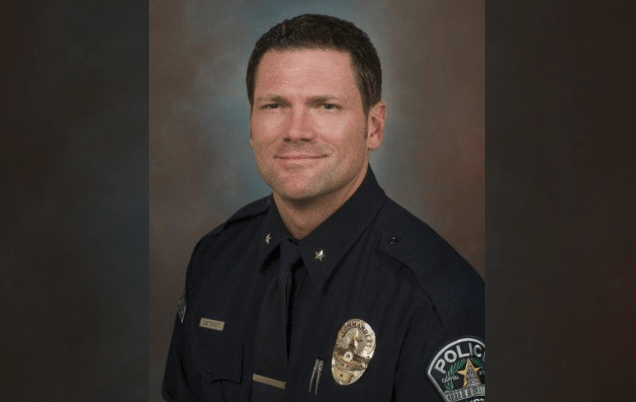 AUSTIN, Texas — A former Austin police commander who was fired for misconduct in 2018 is suing the city and the police chief, alleging that he was actually fired for whistleblowing.

Former Assistant Chief Jason Dusterhoft’s federal lawsuit, filed Wednesday, says that he would not have been fired if he hadn’t brought up numerous issues within the Austin Police Department immediately after Police Chief Brian Manley and Assistant City Manager Ray Arellano told him he was being demoted in 2017. As a result, he is suing to get his job back and receive monetary damages, Statesman reported.

An independent investigator, hired by the city of Austin, found earlier this year that some of the issues Dusterhoft raised were investigated and in some cases led to discipline. Some of these complaints were not brought to the public’s attention until he appealed his firing in arbitration hearings, which he ultimately lost, Law Officer reported in January.

“The allegations raised by the former officer are not new,” a statement from the city of Austin says. “Rather, the allegations were the subject of an independent investigation that the city manager initiated immediately when they were brought to his attention. The results of that investigation have been released to the public. The city is also moving forward with a deeper investigation into the cultural concerns raised as a result of the report.”

Manley demoted Dusterhoft in 2017 while building his new executive team. Dusterhoft was later fired because officials said that, in 2018, he choked a woman into unconsciousness during sex and spent time with a person who bought cocaine at a strip club.

In a disciplinary memo, Manley also said Dusterhoft deleted information from his cellphone after he learned that police were trying to seize it as part of the investigation. Dusterhoft’s attorney has previously said that Dusterhoft deleted photos and videos of sexual relations with the woman without knowing why his phone was being sought.

The issues Dusterhoft raised included his ignored concerns with the Police Department’s DNA lab, which had at that point been turned over to state control; allegations that top police officials had lied in Internal Affairs investigations, though the suit does not say what the lies were; and reports that two employees had falsified their time sheets, the lawsuit says. The suit alleges that Manley repeatedly declined to open investigations on the employee policy violations that Dusterhoft had reported.

The suit says one of the issues that Dusterhoft raised was that he had told Manley that Ed Harris, then director of the department’s DNA lab, was performing extremely poorly.

“Dusterhoft had documented numerous issues with the way the director was handling the DNA division and was told to stand down by Chief Manley,” the lawsuit says.

The Texas Department of Public Safety later took control of the DNA lab after an audit found that the lab was not following scientifically sound procedures.

San Antonio lawyer Lisa Tatum, the independent investigator hired to look into Dusterhoft’s allegations, wrote in her report that Dusterhoft “did make his concerns about (Harris) … known to Chief Manley.”

“It is unclear what action was specifically taken, but Chief Manley did report that concerns were reviewed and that the issues, which involve personnel, have been resolved,” Tatum’s report says.

In the 2017 meeting, according to the lawsuit, Dusterhoft also said he had pointed out two instances in which he believed sworn Austin officers were falsifying their time sheets, and Manley told him not to get Austin police Internal Affairs involved.

“Falsifying a government document, such as a time sheet, is a criminal act,” the lawsuit says.

The allegations were that officers were “double-dipping” — logging part-time work while actually being on duty for the Austin Police Department, Tatum found, Statesman reported.

Moreover, Dusterhoft alleges in the lawsuit that other members of the department had “been untruthful” during the Internal Affairs inquuiry. The allegation does not specify what the employees lied about.

Manley “verbally told all the assistant chiefs that he knew for a fact that Assistant Chief (Ockletree) lied. … Chief Manley personally knew of dishonesty at the highest level, covered it all up and failed to initiate an Internal Affairs case,” the lawsuit says.

Concerns about Ockletree were related to the overtime issues, Tatum discovered.

“The allegations were of insubordination and neglect of duty,” Tatum wrote. “According to witness testimony, there were also allegations of dishonesty. The investigation was closed administratively without a determination being made.”

The suit argues that officials terminated Dusterhoft for exercising his First Amendment rights, which is why the lawsuit was filed in federal court.

Gay and Newsom “had input and direction on how the investigation was handled, and each had input into the final decision to indefinitely suspend Dusterhoft after he refused to retire,” the suit states.

Newsom used the N-word in texts to describe President Barack Obama, former Council Member Ora Houston and black officers for years without consequence, an investigation found. After a separate complaint about the texts surfaced, Newsom later retired with full benefits.