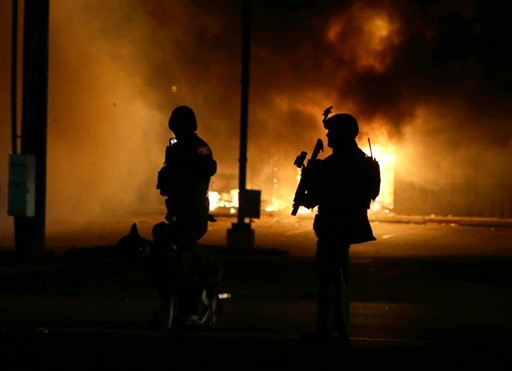 What would possess someone to write a play depicting the Ferguson Incident when many have said that doing so would reignite racial tensions?

It appears that one simple word is behind the play……TRUTH.

FERGUSON debuted in Los Angeles in 2015 and every word spoken on stage was actual Grand Jury testimony from key eyewitnesses to the shooting death of Michael Brown in 2014.

Audience members including actors walked out of the play two years ago and it is now set to debut in New York City in late October.

Phelim McAleer, the playwright, says that it is one of the most dramatic events he had ever seen because “actual” words from real people were being used.

The reaction in Los Angeles was both praise and hate.  Nine members of the cast walked out and one actress described taking part in the play as akin to taking part in a KKK rally.

One critic, Kevin O’Keefe of Mic.com, called the staged reading “dangerous” and a “powder keg ready to reignite racial tensions.”

However LA Weekly, whose critic actually attended the reading in LA (unlike Kevin O’Keefe), said it was “riveting” and “an incendiary night of theater.” They also said it was revitalizing theater in L.A. – a city normally dominated by the movies.

Asked by the Daily Wire about those that got mad at the play, McAleer said that “they probably heard Ferguson and thought it would be a play reflecting what the media said was the truth. I opted to go with the actual truth. To quote Jack Nicholson, it looks like they just couldn’t handle the truth.”

You can read our summary of the Grand Jury testimony here.

Share and speak up for justice, law & order...
Tags: ferguson