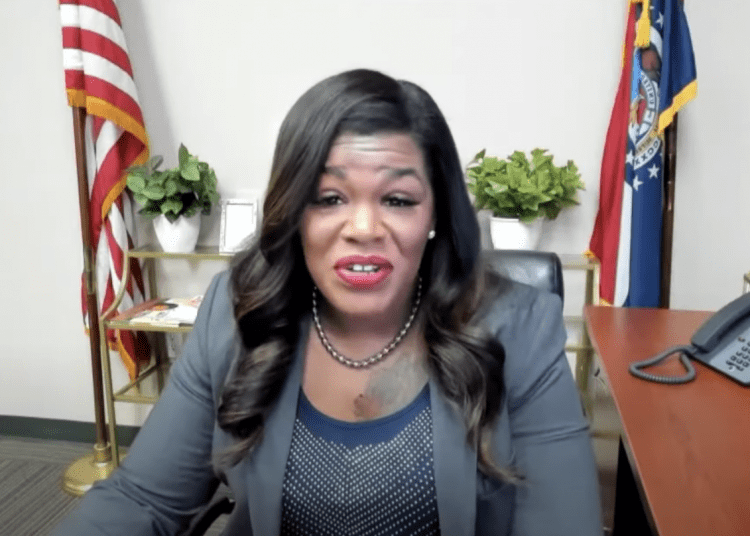 Rep. Cori Bush, D-Mo., made an outlandish claim Monday when she said in a tweet that she and fellow protesters were fired upon by white supremacists during the 2014 Ferguson riots.

Bush was commenting on the Kyle Rittenhouse murder trial in Kenosha, Wisconsin as businesses brace for potential violence while jury deliberations are ongoing, Fox News reported.

“When we marched in Ferguson, white supremacists would hide behind a hill near where Michael Brown Jr. was murdered and shoot at us,” Bush tweeted Monday afternoon. “They never faced consequences.”

“If Kyle Rittenhouse gets acquitted, it tells them that even seven years later they still can get away with it,” she wrote, much to the amazement of readers who are calling her out on the claim.

Bush was characterizing Rittenhouse as a white supremacist despite a lack of evidence for the bombastic allegation.

The backlash against Bush’s zany claim was swift and furious.

Merrick Garland should open up an investigation to find out why ~checks notes~ Eric Holder didn’t do anything about this. https://t.co/1C5hNAba0F

I could be wrong… But I'm pretty sure there were plenty of sympathetic reporters covering the Ferguson marches. I'd think if "white supremacists" were taking pot shots at protesters it might have made the news. https://t.co/FmRIZdwMKH

This is an absolute lie.

I guarantee this never happened.@CoriBush is a sitting Congresswoman blatantly lying to the American people to stoke rioting and looting.

She could not be worse if she tried. https://t.co/khJgYHzKzO

Were you marching with Jussie Smollet? https://t.co/DJLruhvfLS

Ferguson Police Chief Frank McCall Jr. told the St. Louis Post-Dispatch on Monday that he didn’t know of any record of such an incident described by Bush. The chief landed Ferguson’s top cop position in July after previously serving as chief of the nearby Berkeley Police Department, Fox reported.

“Not that I’m aware of,” he said, adding he wasn’t aware of any incidents that the tweet might be referencing.

Skeptics did some fact checking on Bush’s claim and discovered a different set of circumstances altogether. As a result, they began circulating articles on social media about the conviction of Jeffrey Williams, a black man who was found guilty on March 12, 2015 of shooting and wounding two police officers during a Ferguson riot in front of the police department.

Following the shooting, witnesses said they believed the shots originated from the top of a hill about 220 yards directly opposite the police facility, according to Fox News.

Rep. Cori Bush, a Democrat, spreads disinformation about a “white supremacist” shooting in Ferguson she says she survived.

Jeffrey Williams was convicted for the shooting during the Ferguson BLM riots. He shot two police officers. https://t.co/csOGaxmvWp pic.twitter.com/Ex5ve2Z0nb

When challenged on Bush’s claim, her campaign issued a statement Monday night, essentially doubling down on her comments.

“While on the frontlines of the Ferguson Uprising, Congresswoman Bush and other activists were shot at by white supremacist vigilantes,” the campaign told the Post-Dispatch. “The question we need to ask is why white supremacists feel empowered to open-carry rifles, incite violence, and put black lives at risk across our country.”