Justice has been weaponized 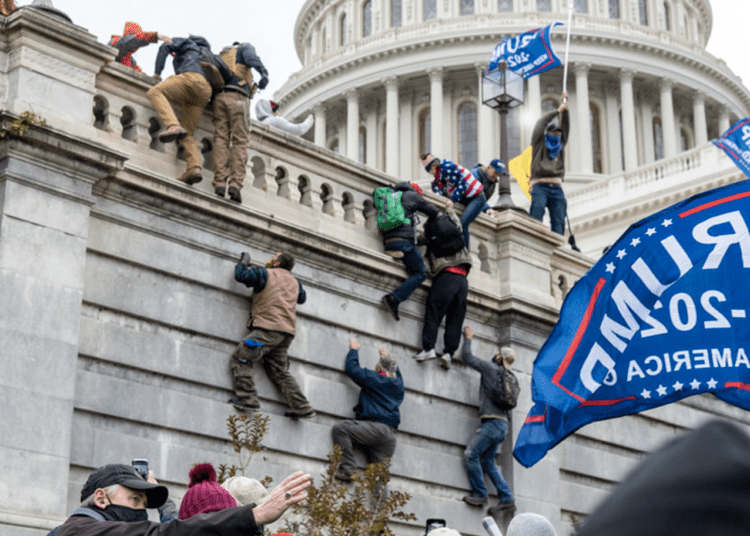 WASHINGTON — There has never been a riot investigated by the federal government and charges pursued by prosecutors like the Jan. 6, 2021 riot at the U.S. Capitol. Unlike most BLM and Antifa rioters over the past two years, Capitol rioters have been tracked down with a vengeance. Many were reportedly kept in isolation after being taken into custody.

If you don’t think rioters are prosecuted according to politics, you haven’t been paying attention. Rioters in liberal cities like Portland and Seattle frequently avoid punishment, despite multiple arrests. Moreover, their offenses have involved firebombing police cars and buildings, among other acts of violence and massive property damage. Yet as a percentage, very few of them have been held accountable.

However, the 2020 Capitol riot is another story. The federal government under the Biden administration has pursued their perceived political enemies as though Washington was burned to the ground and every last progressive apologist was mortally wounded.

According to the federal government, 725 people have been arrested in connection with the riot at the US Capitol, the Department of Justice said in a year-end update on its investigation.

DOJ officials broke down the arrests, convictions, and sentences of those accused of involvement after the Capitol was stormed last year, Newsbreak.com reported.

The department said 165 of the 725 arrested — around 22% — had pleaded guilty, mostly to misdemeanor charges.

Twenty of the guilty pleas were for felony charges, and four of them — all cases of people attacking police officers — come with minimum prison terms of at least 20 years, the department said.

Furthermore, FBI agents continue to seek another 350 people, DOJ said. If they are successful, the tally will be nearly 1,100 criminal defendants from a riot, that quite frankly, doesn’t compare to the massive destruction and property damage done in Minneapolis, Portland, or Seattle where rioters are not only insulated, but have overtaken entire city blocks.

For readers who are appalled at the images of rioters storming the Capitol in 2020, let’s not forget the images from riots around the country as seen below.

Can you imagine if this same report were being published regarding riots in any major city in the United States? There would certainly be an outcry of justice inequality.

This trend is dangerous since it clearly means justice is no longer blind, but weaponized. Although media hyperbole spun coverage to create crimes that didn’t exist — like insurrection — prosecutors should be above reproach, but that is not the case.

If justice were blind, we would have had thousands of violent BLM and Antifa rioters going to jail, and that has not happened.