'While it's catch-and-release for Antifa and BLM, the people who breached the Capitol on January 6 are being abused,' she says 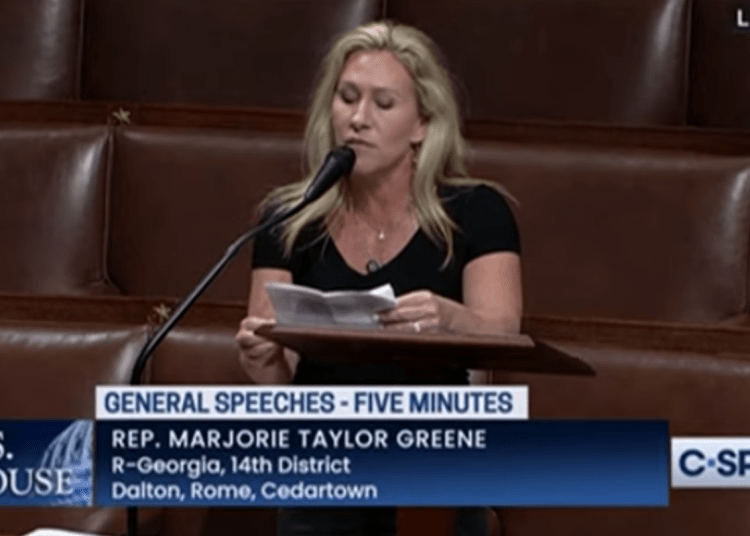 Rep. Majorie Taylor Greene (R-GA) took to the House floor on Tuesday to speak against the recently authorized Jan. 6 Commission, which is a group being put together by Senate Majority Leader Chuck Schumer and House Speaker Nancy Pelosi. Their ambition is to focus on the Capitol riots while ignoring national riots, which have been ongoing for the past year.

“I rise in opposition to the Commission to study the events of January 6, as well as spending $2 billion in security supplemental,” Greene began, according to the Post Millennial.

“The question that comes to mind is this: What about all the riots that happened during the summer of 2020 after the death of George Floyd? What about all the damage caused to federal buildings, churches, people’s businesses, and innocent people that were killed, like David Dorn?”

The freshman congresswoman chronicled damage incurred by cities across the US. In Minneapolis, “700 buildings were damaged, burned, or destroyed,” she said, including hundreds of local businesses. This resulted in “$55 million in damages in Minneapolis alone.”

“BLM and Antifa established an autonomous zone in Seattle,” Greene said, “and attempted to burn government buildings in Portland, is that not an insurrection?”

Greene discussed damages in New York and Philadelphia, along with the hefty monetary cost to those cities. “Protests in Kansas City resulted in $2.1 million in damages, mostly over the course of one weekend. Several officers were injured as well,” she noted. “Protests cost the police department about $1.5 million in overtime.”

She continued by highlighting carnage in Salt Lake City, Nashville, Denver, Louisville, and Kenosha as she critiqued the maddening “defund the police” movement.

Continuing, “Studies show 570 protests in 220 US locations turned violent over the summer. Are those not insurrections?”

Riot damage from the summer of 2020 caused the most damage in US insurance history, Post Millennial reported. “It resulted in up to $2 billion of damages in 20 cities across the US, mostly concentrated in LA, Detroit, Miami, DC and New York,” Greene proclaimed.

The Georgia congresswoman has always been pro-police. “We should back the blue, because they certainly back us,” she said.

Finally, Greene addressed the apparent two-tier system of justice that’s playing out in the nation.

“Also,” she said, “while it’s catch-and-release for Antifa and BLM, the people who breached the Capitol on January 6 are being abused.” She spoke of the poor conditions in which they are housed, including 23 hours in solitary confinement, while district attorneys from Portland to New York have declined to prosecute protestors and rioters who caused the horrific damage over the summer and into the fall.