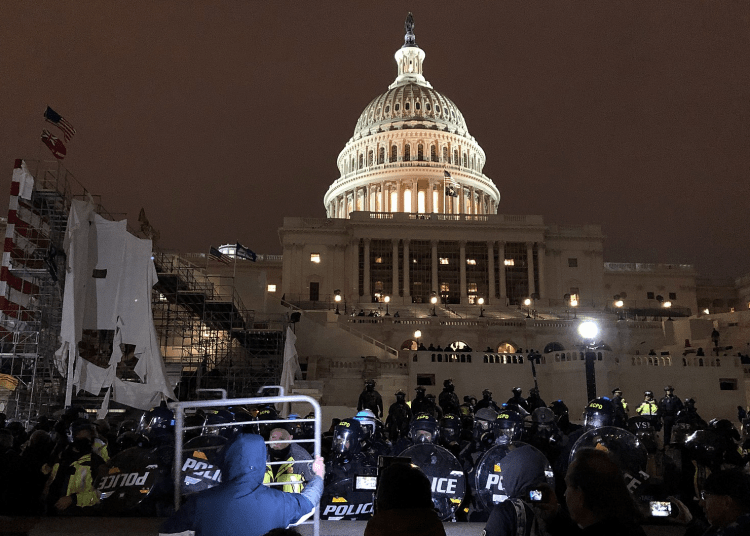 Despite all the outrage and the threats of charging “insurrectionists” with sedition—the act of attempting to overthrow the government—proving them based upon actual facts and evidence seems to be increasingly unlikely. For example, Michael Cantrell reported on America’s Sheriff that:

“Many of the trials for individuals involved in the Capitol riot of January 6th have started and much to the chagrin of liberals everywhere, the charges these folks are facing aren’t quite as serious as we were all led to believe they would be. In fact, the Justice Department has now said that the body of evidence in these cases is not as damaging as it was previously thought to be.”

Further, developing reports indicate that none of the 400 people who have been arrested for their involvement in the riot have been charged with sedition, according to the Post Millennial. The most serious charge that has been brought against a defendant in this incident has been assault. To be clear, there is quite a leap between the charges of assault—and the charges of conspiring to overthrow the government.

The secrecy surrounding the death investigations of Sicknick and Babbit do nothing to bolster confidence in “transparency.” The additional three victims suffered medical emergencies, yet transparency is still lacking in these cases as well.

Prosecutors assigned to the cases have been feverishly working to prove a mass conspiracy. However, “less than 25 people are facing that charge, and ten people are said to have ties to the Oath Keeper militia movement,” the report continued.

Arizona prosecutors who detained Jacob Chansley (you know, the guy who wore the “horns”) had originally stated that they had a lot of strong evidence to support the charge of sedition and/or mass conspiracy. And the evidence included Chansely’s “own words and actions,” which prosecutors said indicated that the “intent of Capitol rioters was to capture and assassinate elected officials.” However, Cantrell asserts that no proof of this was ever submitted.

Further, the Post Millenial report explained two other key points: “Another man, Ethan Nordean, was accused of sending ‘encrypted communications’ to the Proud Boys, but this, too, was dropped when it turned out that his phone battery died and he was unable to use it. The judge in Nordean’s case said there was a ‘dearth of evidence’ and declined to jail him. Prosecutors are trying again, however.” Once again, there is a stark contrast between the threatened charges that were publicly declared, and the actual charges in the court cases.

And in perhaps the most telling aspect, the report also cited Michael Ferrara, an attorney with Kaplan Hecker & Fink, LLP, and former federal prosecutor, who explained that “if it becomes clear that prosecutors overreached, engaged in hyperbole, of simply misunderstood social media and text messages, it would be no ‘small error.’”

Ferrara also stated that the zeal of the prosecutors could “color the way the judge sees the case going forward,” which could have a huge impact on the outcome for many of the defendants.

Ferrara isn’t the only one concerned. During a hearing in the case against the Oath Keepers, U.S. District Court Judge Amit Mehta said that remarks made by DOJ officials “threatened to taint the prosecution of individuals accused of taking part in the assault,” as the Washington Examiner reported.

Indeed, despite the actual facts and (lack of) evidence of sedition, apparently prosecutors and the media are putting in a lot of effort to steer the outcome of these cases.

Fortunately, thanks to their eagerness, it’s almost impossible to ignore the hyperbole, the overzealousness, and the hypocrisy of politicians, prosecutors, and the media. And no matter the outcome of these cases, they stand in even starker contrast to the far less aggressive prosecution of violence and rioting that have taken place in the past year.

As many law enforcement officers continue to wonder: where was the aggressive prosecution for the thousands whose rioting caused numerous deaths—including the deaths and injuries of police officers—and billions in property damage that ravaged US cities in the past four years?

If these cases were pursued just as aggressively—and with just as much hyped-up media reporting—life for many Americans would be a whole lot safer.