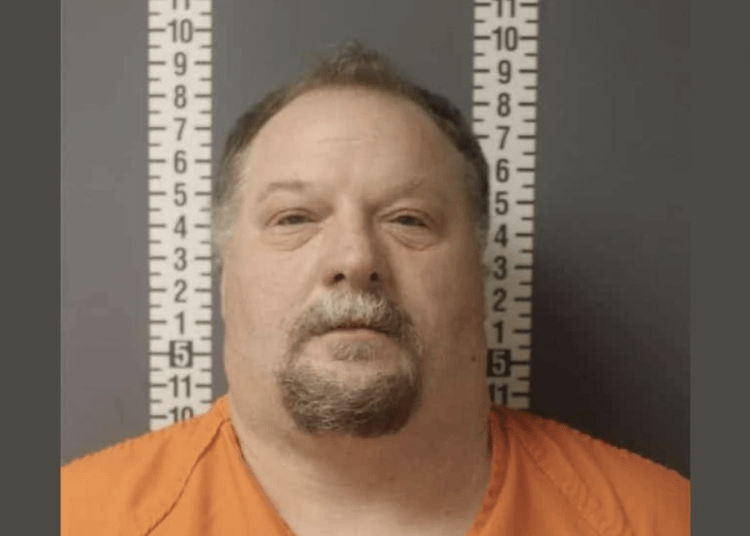 NORTH CORNWALL TOWNSHIP, Pa. — The FBI arrested a Pennsylvania police officer for allegedly attending the riot at the nation’s Capitol on Jan. 6 after a video surfaced on Facebook of him purportedly mobbing and pushing against police officers attempting to secure the building, according to reports.

Fischer was charged with obstruction of law enforcement during civil disorder, knowingly entering or remaining in any restricted building or grounds without lawful authority, violent entry, and disorderly conduct on Capitol Grounds. He is currently being detained in Dauphin County Prison.

The 54-year-old was caught boasting on his Facebook profile, under the user name SV Spindrift, about storming the federal building, according to authorities. He additionally published a video featuring him at the front of the pack pushing police officers, authorities said in the criminal complaint.

Federal investigators obtained a subpoena for user information after the video had been removed. They were able to make an arrest based upon that information.

According to the complaint, Fischer posted a comment on Facebook, which said, in part, “I was there..we pushed police back about 25 feet. Got pepper balled and OC sprayed, but entry into the Capital was needed to send a message that we the people hold the real power.”

The complaint said he also posted another comment on Facebook, “It was mostly peaceful… a few became destructive.”

Authorities also said Fischer communicated with an unidentified Facebook user and said he “may need a new job” because, as he put it, ”Word got out that I was at the rally..lol.” The complaint said Fischer added, “the FBI may arrest me ..lol.”

According to the complaint, Fischer sent a message to the Facebook user and said he told the chief, “If that is the price I have to pay to voice my freedom and liberties which I was born with and thusly taken away then that must be the price…”

“I told him I have no regrets,” Fischer said, according to the complaint.

Fischer has a preliminary/detention hearing scheduled in U.S. District Court in Harrisburg at 1:30 p.m. Feb. 23.

As a result of Fisher’s arrest, the North Cornwall Township released the following statement:

“North Cornwall Township was made aware that, earlier this morning, a member of its police force was arrested by the FBI on charges stemming from the January 06, 2021 incident that occurred at the United States Capitol building. No Township official had any knowledge of this individual’s actions prior to his arrest.

“The Township recognizes every citizen’s right to free speech; however, each citizen must also be accountable for his or her actions. Accordingly, as required by the Pennsylvania Confidence in Law Enforcement Act, the police officer was immediately suspended without pay pending the disposition of these charges.

According to pennlive.com, at least 18 people from Pennsylvania have been charged by federal authorities in the investigation of the Capitol riot.