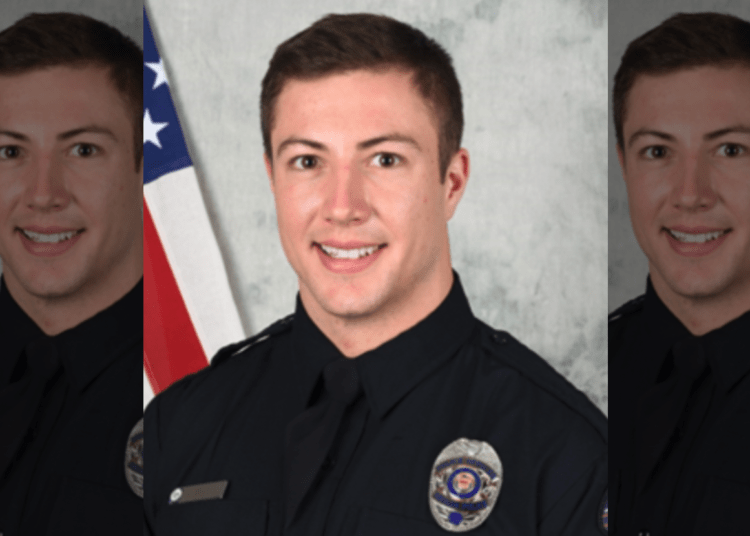 ARVADA, Colo. – A Colorado police officer was shot and killed early Sunday morning while at the scene of a disturbance, according to reports.

Officers of the Arvada Police Department were attempting to calm those present at a chaotic scene in the 6700 block of West 51st Avenue. During the process, shots were fired by a male suspect striking a woman who was present as well as a police officer.

Officers returned fire and the gunman was wounded. The suspect, the injured woman, and an officer were all transported to the hospital.

The injured suspect and woman are expected to survive.

Sadly, the officer was pronounced dead. He was identified as Dillon Michael Vakoff, KDVR reported.

As the officer-involved shooting investigation is underway, Arvada police confirmed the suspect is in custody, but his identity was not released Sunday morning.

Further details were not immediately available at the time of publication.

Arvada is a city northwest of Denver.

UPDATE: The suspect was identified as Sonny Thomas Almanza. He faces several charges in the death of Officer Vakoff. Read more.