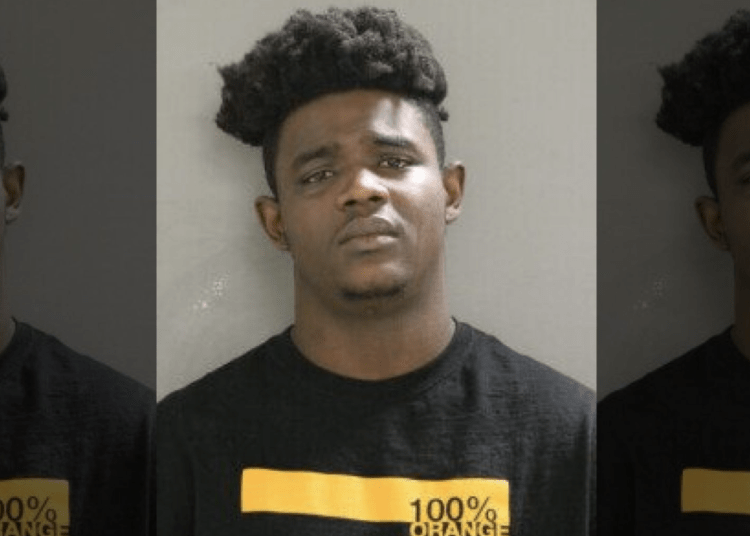 CHICAGO — A Chicago teacher and her young students were shocked last week when they reportedly saw an 18-year-old man molesting a 7-year-old girl as the class participated in an online learning session, according to reports.

The suspect is held without bond after being charged in the alleged sexual assault of the girl Thursday in a West Chesterfield neighborhood, police said.

Catrell Walls is facing a felony charge of predatory criminal sexual assault of a victim under the age of 13. A judge denied Walls bail Saturday, CBS Chicago reported.

Cook County prosecutors said the South Side man sexually assaulted a relative that was witnessed by the girl’s teacher and classmates during an e-learning session earlier this week.

Police said the girl was seen performing a sexual act on a male at about 1:30 p.m. Thursday through the online remote learning application.

The microphone was muted on the girl’s computer but the camera was on as a handful of other students were logged in to the Google Meets session, prosecutors said during Walls’ bail hearing, ABC 7 Chicago reported.

The teacher was working on a different computer during the pause in class when she heard two other students say, “What is going on? What is happening?” according to prosecutors.

When the teacher opened the screen back into her online class, she saw the 7-year-old girl engaging in a sexual act, prosecutors said.

The teacher yelled for the other students to log off and called the girl’s name, telling her to turn off her camera, prosecutors said. The teacher allegedly then saw Walls pick up the laptop and close it, the Sun-Times reported.

The teacher reported what she saw to the school’s principal, who called the girl’s family, Chicago police and authorities from Illinois Department of Children and Family Services, prosecutors said.

When the girl’s father, principal and the school’s chief executive officer went to the home to ask the girl about what happened, she initially said Walls “just hit her,” prosecutors said.

But when the principal spoke with her away from the family, the girl allegedly described a sexual assault and said it had happened before, prosecutors said.

Police responded and took a man into custody. The girl was taken to Comer Children’s Hospital for evaluation. Her condition has not been released.

Police said early Saturday Walls was identified as one of the people seen in the online forum.

During an interview with detectives, Walls reportedly admitted to what the teacher and students witnessed in the video, as well as other assaults of the girl since she turned 6.

“I don’t know why. I’m sorry, I’m sorry,” a tearful Walls expressed after he was taken into custody, according to prosecutors.

The 18-year-old had been out of jail on bond following a previous felony charge of unlawful use of a weapon, prosecutors said.

“This ongoing history of assault, for approximately a year, according to the victim, leads me to believe this is not something that will just stop because I have ordered it to,” Judge Charles Beach said. “This history and his actions from this case lead me to believe that he is a threat to an individual and the community as a whole.”

The little girl is the suspect’s cousin, according to Fox News.

The alleged sex crime reportedly happened in the home of the cousins’ grandmother, where the girl had been staying during the day for online classes.