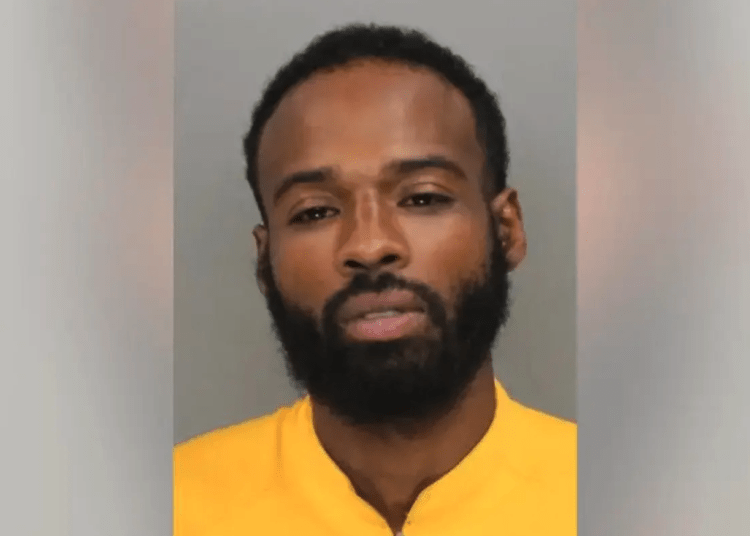 COBB COUNTY, Ga – A terrifying attack occurred at an LA Fitness in Georgia when a “peeping tom” couldn’t control his urges and sexually assaulted a woman as she showered at the popular gym following a workout.

Matthew Carlisle, 31, has been identified as the suspect accused of the crime that occurred Aug. 25. He entered the fitness center on a visitor’s pass, just prior to closing, and then reportedly entered the women’s locker room, FOX 5 Atlanta reported.

Carlisle was apparently peeping through windows and doors to spy on gym goers prior to attacking the woman in the shower.

“How the guy go in the gals room and do things like this? It’s horrible!” said gym member Desiree Olivarra.

He saw a woman taking a shower, and stepped into the shower with her and “grabbed her breast while pushing her into the wall.”

Police said the victim managed to shove Carlisle with enough force that he tripped and fell down, allowing her to flee to safety and call for help, according to FOX.

Cobb County Police arrived at the fitness center and arrested Carlisle. Details of the arrest were not immediately available, so it is unclear if Carlisle was detained by employees or other members, or whether he was too foolish to flee.

The crime was deeply disturbing to other women at the gym.

“That’s crazy, the lady is probably traumatized, that’s very scary,” said Rachel Riggins, who frequents the facility. She said she’ll be on alert every time she walks through the doors.

“Not just looking out for myself but for others around me,” Riggins added.

“If something like that happened to me I would not want to come to the gym no more. It makes women feel very unsafe, that’s not okay,” Emely Luna told Fox 5.

“Really disturbing because a lot of people come into this gym every day to work out. I’d be very, very, very creeped out and afraid,” said Rissa Green who works nearby and has used the gym.

Carlisle was arrested and charged with a felony count of peeping tom, disorderly conduct and sexual battery. He is being held at the Cobb County Jail on $5,000 bond.

The LA Fitness manager said they haven’t made any security changes since the sexual assault took place, but said they make sure everyone who comes in is checked in.