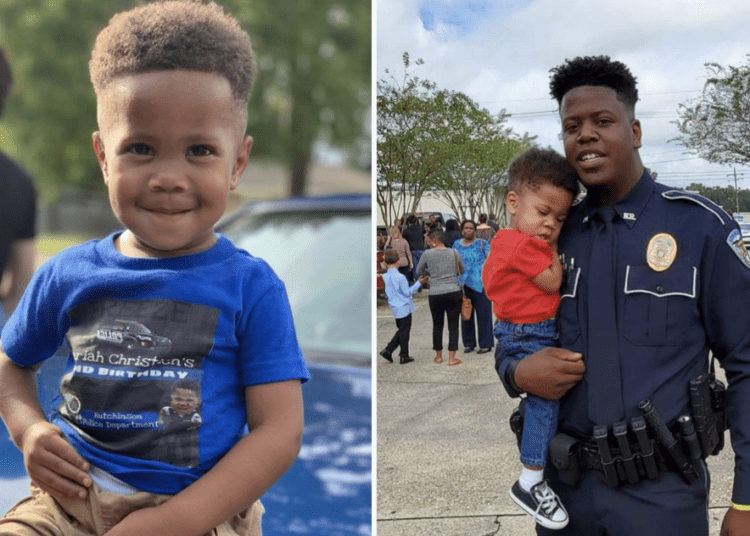 BATON ROUGE, La. — Law enforcement authorities in Louisiana have accused a man of killing a 2-year-old boy—the son of a police officer—when they say he sprayed a house with gunfire during a violent rampage.

Praying for Azariah Thomas’ parents and family tonight. This is such an awful thing for a parent to have to deal with. His father, New Roads Police Officer Vince Hutchinson, shared these family photos with us. Thinking of you Vince. @WAFB https://t.co/21c2ZCkxiV pic.twitter.com/bY2CmfyCzd

Kendrick Myles, 41, was charged with murder among other crimes after his arrest Friday morning after an hours-long standoff with police, according to the station.

Police limited details, saying only that Myles had a beef with the people who lived in the house where little Azariah was shot, the Baton Rouge Advocate reported.

Police said the house was one of the stops Myles made during a rampage that began Thursday night. According to authorities, his crime spree also included kidnapping a 9-year-old nephew, shooting a male relative in the hand and shooting it out with another relative who showed up to rescue the nephew.

In 2004, Myles went to jail for trying to kill 11 people in a dispute with a girlfriend, WAFB reported. He was also being sought for torching an ex’s house in July.

“We’ve dealt with him before,” Paul said, according to WBRZ-TV. “The same individuals. That is what I hear from my officers. We arrest them and have to deal with them again… Shooting and murders, what’s right about that?”

The chief said he was considering asking the feds take over the cases of “these repeat offenders,” since federal sentencing is more significant, Fox reported.

“We are tired of seeing the same individuals. This is what I hear from our officers,” Paul said.