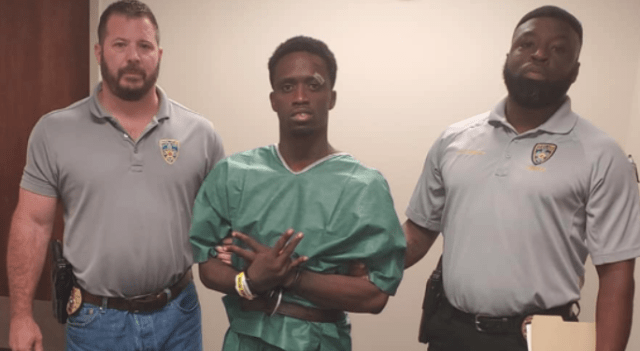 BATON ROUGE, La. – The Baton Rouge Police Department says a homicide suspect choked, beat, and stabbed a woman to death in a murder broadcast on Facebook Live, according to reports.

State police told the East Baton Rouge Sheriff’s Office of a Facebook Live video in which a man stabbed a woman. As a result, deputies located the vehicle in question.

Prior to discovering the homicide, Johnson was arrested for stealing a vehicle, authorities said. Charges not only included theft of a motor vehicle, but aggravated flight from an officer as well.

According to police spokesman Lt. L’Jean McKneely, a resident reported their vehicle stolen prior 5 p.m. on Monday. Officers spotted the automobile and Johnson led police on a short chase before he was captured.

McKneely said investigators believe Johnson and David engaged in heavy drug use over several days prior to the murder. He cited evidence, which included Johnson speaking to police, The New Orleans Advocate reported.

A witness to the violent attack on Facebook Live reported it to Facebook administration, McKneely said. The company passed the information on to the Louisiana State Police.

McKneely referred to the murder as a “very gruesome, very evil act” in which Johnson reportedly choked, beat, and stabbed David.

Afterward, the suspect attempted to burn the evidence by setting the car on fire, according to the lieutenant.

Police said the autopsy is pending.