Buffalo man vandalized his own car with racist, homophobic, Trump graffiti, gets nailed for insurance fraud 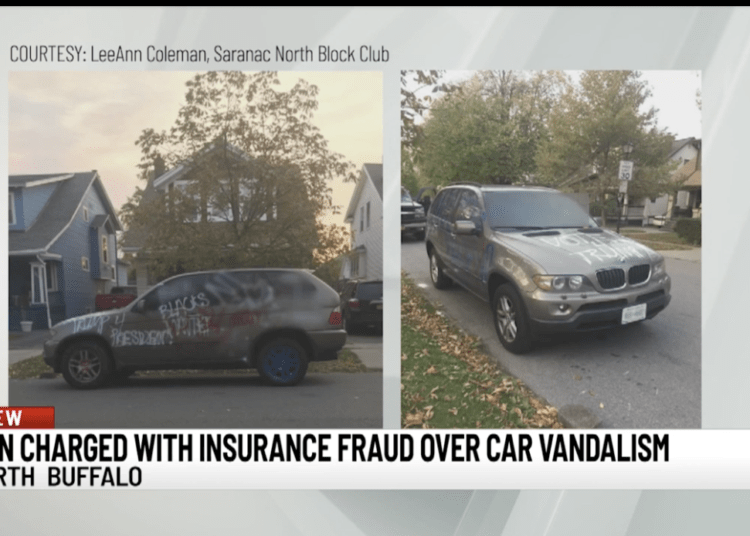 BUFFALO, N.Y. — An 18-year-old Buffalo man who told authorities someone spray-painted his car with vile messages and “Trump 4 President” reportedly vandalized the vehicle himself.

Clifton Eutsey claimed his 2004 BMW was smeared with swastikas and homophobic slurs, while the windshield had also been smashed and sugar poured into the gas tank, The Buffalo News reported.

Pictures of his battered car circulated on social media. The man now accused of vandalizing his own vehicle originally told WKBW he had no idea who would damaged his car.

Consequently, Eutsey turned himself in on Nov. 15.  He’s been charged with third-degree insurance fraud and falsifying a report.

The crime carries an exposure of up to seven years in prison if convicted. But this is 2020 in New York, does anyone really think he’ll get more than seven days? … But his future insurance rates? That’s another story.

In a separate case in October, Eutsey was arrested and charged with felony weapons possession, as well as driving without a license and leaving a motor vehicle unattended, according to city court records.

Violence, vandalism and cheating are part of the Democrat playbook