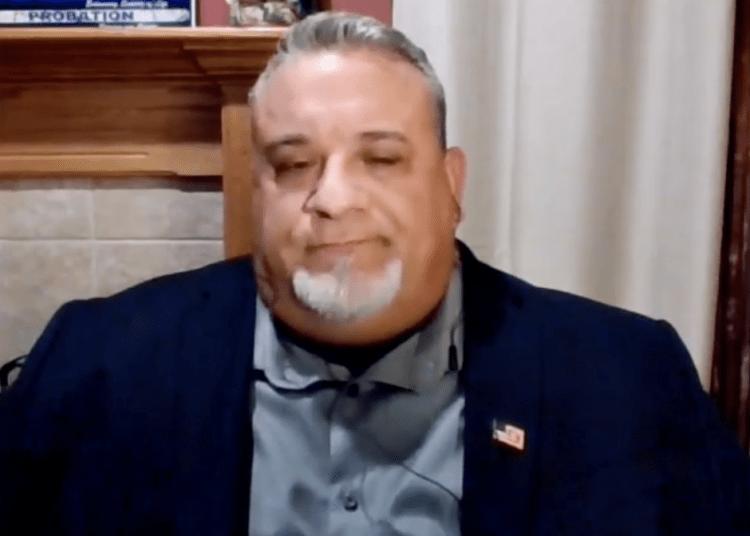 A California man whose brother was killed by an illegal immigrant slammed the Biden administration for refusing to admit that there is a crisis at the southern border and said the situation is getting worse by the minute. “If it walks like a duck, talks like a duck, it’s not a cow, it’s a duck,” Jody Jones said. “So don’t sit there and tell me there’s not a crisis down at the border, because there is.”

Jones’ eldest brother, Rocky Jones, was shot and killed at a Tulare County gas station in 2018. He was 51, Fox News reported. “He was murdered by Gustavo Garcia,” Jones said. “He was an illegal immigrant. He was a criminal. He was deported twice before. The second time, he actually did federal time. He was arrested two days prior for being under the influence.”

Jones said that because the last arrest was only warranted a misdemeanor charge in California, the county sheriff’s department released Garcia within 10 hours.

“In years past, ‘under the influence of a controlled substance’ would have required a 90 days jail sentence, but those days are long gone,” said a retired California police officer. Two days later, Garcia went on a “reign of terror,” killing Rocky and several others.

During an appearance on “Fox & Friends,” Jones said that the influx of migrants is “destroying” communities in California, with border crossings in the month of March hitting historic levels.

He added that the administration’s policies have driven a wedge between local law enforcement and immigration officers, making it difficult for them to communicate.

“All you hear is law enforcement agencies screaming for help and there’s nothing being done,” Jones said.

“These illegal immigrants are committing crimes—felonies. Getting caught with pounds of methamphetamine, weapons on them, firearms, nothing’s happening to them. I mean they’re doing literally hours in jail and getting released,” Jones said.

“When you’re protecting [illegal immigrants] you stop protecting our community.”