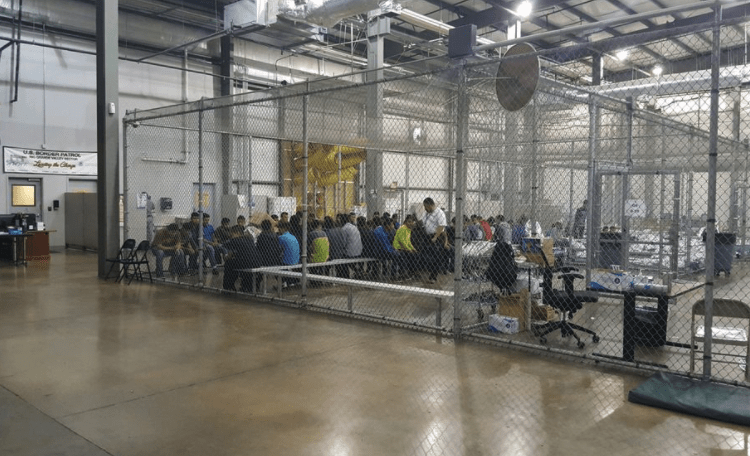 United States Customs and Border Protect (CBP) reported a record number of illegal immigrants taken into custody at the United States-Mexico border in March — the most in nearly two decades, according to an official release.

That number includes 19,000 child migrants, the “largest monthly number ever recorded, according to the Chicago Tribune.

CBP released the numbers on Thursday, showing 172,331 people taken into custody for trying to jump the United States’ southern border. A chart from the Washington Post, posted to social media, shows just how shocking and unprecedented the number is compared to previous years. CBP, the outlet notes, had to “redo” the chart and “stretch the Y-axis” in order to effectively demonstrate the number of migrants.

NEW: CBP has published March numbers showing 172,331 taken into custody, the most in nearly two decades.

The blue line on the graph below is 2021. CBP had to redo it chart to stretch the Y axis. Our story https://t.co/EgrwOA0aIn pic.twitter.com/CHdhK3nbgT

The Washington Post also noted that the new numbers seem to contradict the Biden administration’s stated excuse that the border situation is no different now than in previous years.

“U.S. agents took more than 171,000 migrants into custody last month, according to U.S. Customs and Border Protection figures that contradict Biden’s claims that his administration is facing an influx no different from previous years,” the Post said Thursday. “The rapid increase in border arrests and detentions — which has more than doubled since January — underscores the magnitude of the challenge facing an administration that has promised more humane and more welcoming immigration policies.”

“Authorities encountered 18,890 unaccompanied children in March, according to U.S. Customs and Border Protection, well above previous highs of 11,475 in May 2019 and 10,620 in June 2014 reported by the Border Patrol, which began publishing numbers in 2009. Before then, Mexican adults made up most of those crossing the border,” the Tribune noted.

“March’s count was roughly double the 9,457 unaccompanied kids encountered by CBP in February and more than five times the tally of 3,221 in March 2020,” the outlet noted. “The huge increase in children traveling alone — some as young as 3 — and families has severely strained border holding facilities, which aren’t allowed to hold people for more than three days but often do. It’s left the government scrambling to find space and hire staff to care for children longer-term until they can be placed with sponsors.”

An estimated 15,500 children are currently in U.S. custody, many being held for longer than the 72-hour limit put in place by an Obama administration-era court order.

The number of migrant children being detained at the Freeman Expo Center in San Antonio, Texas, has nearly tripled in less than two weeks. Most noteworthy is that state and federal agencies have received complaints of abuse taking place there, Law Officer reported.

“Too many people coming in. Not enough people going out,” Rep. Henry Cuellar, D-Texas, said. “Right now we are facing a humanitarian crisis and I do use the word crisis,” he added.

Gov. Gregg Abbott called on the Texas Department of Public Safety and the Texas Rangers to immediately open an investigation.

“In short, this facility is a health and safety nightmare. The Biden administration is now presiding over the abuse of children,” Abbott told reporters.