'This facility is a health and safety nightmare,' Gov. Abbott says 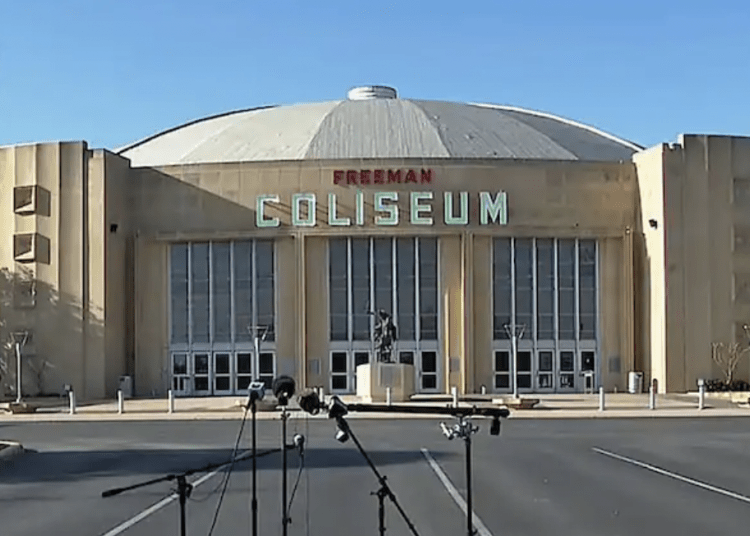 SAN ANTONIO — The number of migrant children being detained at a facility in San Antonio, Texas, has nearly tripled in less than two weeks, as state and federal agencies have received complaints of abuse taking place there.

On March 29, 500 male children between the ages of 13 and 17 were taken to the Freeman Expo Center. As of Monday, that number had skyrocketed to 1,370, officials said, according to KSAT.

“Too many people coming in. Not enough people going out,” Rep. Henry Cuellar, D-Texas, said. “Right now we are facing a humanitarian crisis and I do use the word crisis,” he added.

Meanwhile, Gov. Greg Abbott is calling on President Biden to shut down the facility after the Department of Health and Human Services and the Texas Department of Family and Protective Services received complaints of child abuse occurring within the facility. The governor confirmed this included allegations of sexual assault, a failure to separate children infected with COVID-19 from others, children not eating, and an insufficient number of staffers, Fox News reported.

“In short, this facility is a health and safety nightmare. The Biden administration is now presiding over the abuse of children,” Abbott told reporters.

The governor said the current situation was a “byproduct of President Biden’s open border policies” and the administration’s failure to plan for these consequences.

Children at the facility are supposed to be either released to a sponsor or transferred to one of the Department of Health and Human Services’ longer-term shelters.

As a result of the allegations surrounding child abuse, Gov. Abbott called on the Texas Department of Public Safety and the Texas Rangers to immediately open an investigation.

Concerns have mounted as more children continue to cross the border.

This week a 10-year-old boy was found wondering a rural area near the U.S/Mexico border, Law Officer reported.

A border patrol agent recorded the meeting. In the video the boy is seen in duress approaching the agent asking for help as he was abandoned by a larger group.

According to KSAT, he was later taken to a children’s detention center in Donna, where thousands of children are being cared for.