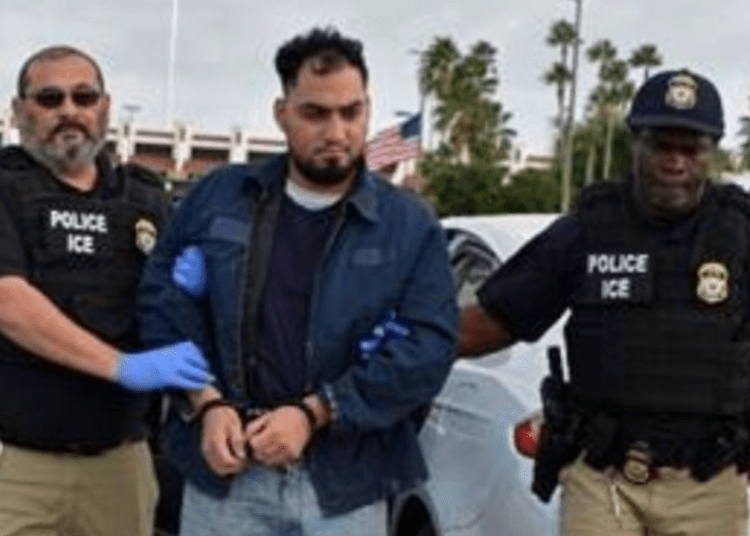 Osmar Mendez Martinez is accused of murdering and decapitating his fiancée in Mexico. (ICE)

HOUSTON – An illegal immigrant from Mexico who is wanted in his home country for the murder and decapitation of his fiancée was arrested in Houston earlier this year and then returned to Mexican officials last Wednesday, according to reports.

In Mexico, it is alleged that in 2015 Osmar Mendez Martinez, 34, strangled his fiancée, cut off her head, and burned her body. After the brutal murder, he dumped the woman’s corpse in Tabasco State Park in southeast Mexico, the Post Millennial reported.

Martinez fled to the United States and entered in November of 2015. Although he was captured and returned to Mexico after providing a false name, he reentered America at a time and location that remains unknown.

Acting field office director for ERO (Enforcement and Removal Operations ) Houston Matt Baker said, “This is another example of the strong partnerships that the ERO Houston Field Office has with our international partners and ICE offices abroad,” Breaking 911 reported.

“The ability to receive intelligence from our attaché offices around the world and investigate those leads in near real-time to locate and remove dangerous fugitives from our community is an invaluable tool that strengthens public safety and bolsters international cooperation,” Baker added.

Law enforcement authorities believe Mendez Martinez used the identity of Maximo Garcia-Gutierrez — a deceased Mexican citizen — while he was illegally in the U.S.

According to the Post Millennial, Mendez Martinez was taken into custody February 9 and ordered to be deported November 1.