The suspect has been captured 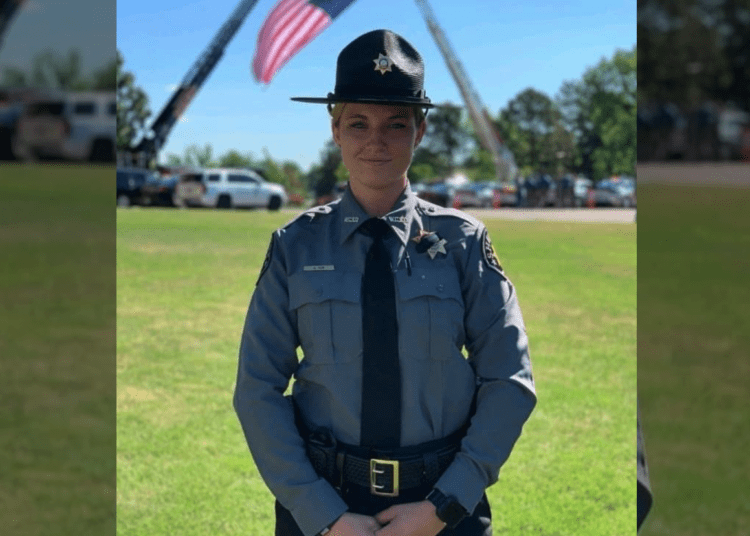 UPDATE: Octavio Gonzalez-Garcia was arrested Monday. He is accused of killing Deputy Alexis Hein-Nutz in a hit-and-run the day before.

The Weld County Sheriff’s Office said the suspect was taken into custody by the sheriff’s office Strike Team, Colorado State Patrol and Fort Collins police shortly after 10 p.m. Monday evening. The suspect is in his late 30s and resides in the U.S. illegally, Fox News reported.

Hen-Nutz, 24, was riding her motorcycle to work around 5:30 p.m. on Sunday when she was killed. She was struck by a white van being driven by Octavio Gonzalez-Garcia near the intersection of AA Street and County Road 37, according to authorities.

Reams says Gonzalez-Garcia, a 37 or 38-year-old illegal immigrant, was intoxicated at the time of the crash. The suspect remains at large.

“It is with a heavy heart I announce today the victim of yesterday’s fatal hit-and-run crash north of Greeley was Weld County Sheriff’s Office Deputy Alexis Hein-Nutz. Alexis was hired in November 2018 and assigned to the Weld County Jail where she served as a detentions deputy. She joined our ranks at the age of 21 and was one week away from celebrating her 25th birthday.

“Alexis was born in Bismarck, N.D. It was a childhood dream to someday serve others as a peace officer. In December 2018, one month after graduating from our jail academy, Alexis posted this announcement to her Facebook profile:

‘After many years of dreaming of being in law enforcement, I can finally say I am officially following my dreams. This is only the first stepping-stone to a brighter future. Here is to a better life and doing what I was meant to do.’

“Alexis was a hard worker, a caring deputy and a positive force for our agency. I share in my deputies’ grief and in their anger over her senseless and tragic passing. But we are a family, and we will get through this painful event together.”

“The Colorado State Patrol is leading the investigation into the circumstances of yesterday’s crash with the assistance of the Weld County Sheriff’s Office. As of early this afternoon, I can confirm the driver of the vehicle is known as Octavio Gonzalez-Garcia,” the Sheriff’s Office said.

Sheriff Reams of the Weld County Sheriff’s Office continued: “Gonzalez-Garcia is 37 or 38 years old and residing in this country illegally, as evidenced by a falsified Green Card and a fake Social Security Card recovered from his vehicle. Evidence collected last night shows Gonzalez-Garcia was intoxicated at the time of the crash.

“Alexis was riding her motorcycle to work when the crash occurred. Gonzalez-Garcia made no attempt to provide Alexis aid despite her obvious injuries. Instead, he ran away like a coward and hid in a nearby cornfield.

“Despite the tireless efforts of your deputies, including three K9 handlers and a drone pilot, and the assistance of the Colorado State Patrol, Eaton Fire, the Greeley Police Department and the Denver Police Department, which sent its helicopter Air 1 to assist with the search, Gonzalez-Garcia avoided capture.

“We ask the public to join us in celebrating Alexis’ life, but we also ask for your help. Gonzalez-Garcia is on the run, and we need your information to catch him.

“We’re asking residents in the Colo. 392 corridor, from the site of the crash at AA Street and Weld County Road 37 west to Weld Road 29 and north to Weld Road 72, to check your security cameras for footage of any suspicious people between the hours of 5:30 p.m. Sunday and 2 a.m. this morning.

“Gonzalez-Garcia is described as a slightly heavy-set Latino man, in his 40s and standing about 5 feet, 7 inches tall. He was last seen wearing a dark blue shirt, blue jeans and white shoes.

“Anyone with any information about this investigation is urged to call Colorado State Patrol investigators at (303) 239-4501. Reference case # 3A221639. You can remain anonymous.

“Checks can be sent or dropped off at Weld County Sheriff’s Office Headquarters, 1950 O St., Greeley, CO 80631. Be sure to include your name, address and phone number to receive a tax letter.

“We are confident we will catch Gonzalez-Garcia with your help. For now, we ask the public to give the Hein-Nutz family and our deputies space to grieve.

“Anyone with information regarding this or any other crime is asked to call the Weld County Sheriff’s Office at (970) 356-4015 or Northern Colorado Crime Stoppers at 1-800-222-TIPS (8477). Tips can also be submitted through the Crime Stoppers website at www.crimeshurt.com. Those submitting tips through Crime Stoppers that lead to the arrest and filing of charges on a suspect(s) may be eligible for a cash reward.”