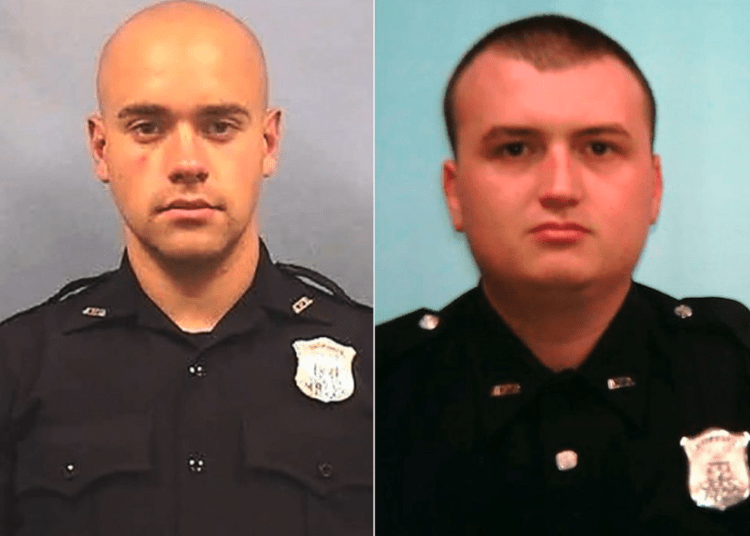 ATLANTA — Two Atlanta police officers who fatally shot Rayshard Brooks have been exonerated and will no longer face charges in his death, prosecutors announced at a highly anticipated press conference Tuesday afternoon. The revelation comes more than two years after Brooks disarmed an officer of his Taser and was shot outside an Atlanta Wendy’s in June 2020.

Prosecuting Attorneys’ Council of Georgia Executive Director Pete Skandalakis gave a comprehensive presentation of the case and the factors that led to his decision during the news conference, WSB-TV reported.

“You look at the totality of the circumstances. What did the officer know in that time, in that moment, in that split second,” Skandalakis said.

Skandalakis said the officers’ use of force was reasonable and they did not act with criminal intent. He said the charges against the officers will be dismissed.

On the night of June 12, 2020, Brooks fell asleep behind the wheel in the drive-thru at the Wendy’s fast food restaurant, according to police. When officers responded, they conducted a field sobriety test but it ended in a shooting after Brooks disarmed one of the officers of his Taser.

Former Fulton County District Attorney Paul Howard was nearly rabid in his politicized pursuit of the officers, filing charges in 2020 before the Georgia Bureau of Investigation completed the investigative process, Law Officer reported at the time.

Skandalakis said Tuesday that the department consulted with outside experts to analyze the video and break it down frame-by-frame. They also brought in experts in trauma and stress responses in order to further understand what the officers experienced.

During Skandalakis’ detailed recap of the officers actions, he said Brooks overpowered them after an otherwise calm encounter that lasted about 90 minutes.

During the violent encounter, the prosecutor said the officers received several injuries and that Brooks fired the Taser at them multiple times before the officers shot him.

When Howard filed criminal charges against the officers in 2020, he absurdly said, “Mr. Books on the night of this incident, was calm. He was cordial. And really displayed a cooperative nature. We concluded and considered it as one of our important considerations that Mr. Brooks never presented himself as a threat.”

People openly wondered if Howard viewed a completely different video, since the bodycam footage publicly released showed a fight and then Brooks pointing the Taser at Rolfe’s head prior to the shooting, something noted by Skandalakis.

Former Gwinnett District Attorney Danny Porter, who assisted in analyzing the video, said Brosnan suffered a concussion as well as a shock from the Taser.

Porter noted that had Brooks survived, he could have been charged with aggravated assault of an officer, felony obstruction of law enforcement in addition to several other charges.

Furthermore, Porter noted that while Brooks had his back turned to the officers when they discharged their weapons, he was twisted around and still in the process of firing the Taser, WSB-TV reported.

Georgia officers are authorized to use deadly force if the suspect possesses a deadly weapon, and when the officer believes the suspect poses an immediate threat to officers or others, prosecutors emphasized.

“It’s my finding that Rolfe acted within accordance with Georgia law,” the expert said. “It’s my conclusion that the use of deadly force was reasonable.”

Regardless of race being at the forefront, particularly as riots were spreading around the country following the death of George Floyd just a few weeks prior to this incident, Skandalakis said he did not believe the shooting had anything to do with race.

Skandalakis also said the two cases aren’t the same, according to the news outlet.

“This is not a case in which an officer was kneeling on a prone suspect for nine minutes, nor was it like the Ahmaud Arbery case, where armed citizens were chasing a young man through a neighborhood,” Skandalakis said.

Atlanta police released a statement Tuesday about the decision to dismiss charges against Rolfe and Bronson, writing:

“We have faith in the criminal justice system, and we respect the special prosecutor’s decision in this case. Both Officer Garrett Rolfe and Officer Devin Brosnan are still employed with APD.  They are currently on administrative duty. Both officers will undergo Georgia P.O.S.T. recertification and training.”