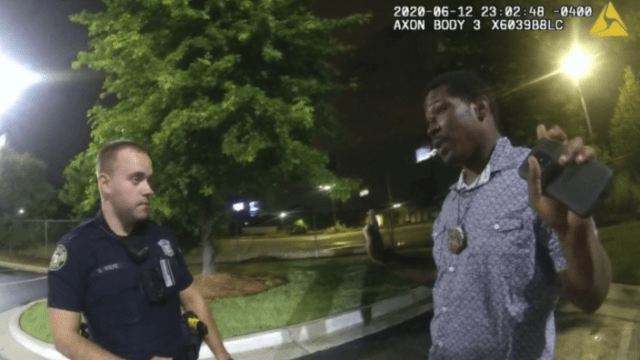 Atlanta’s interim police chief is going on record about how the charges were brought against two former officers in the death of Rayshard Brooks.

WSBTV 2 spoke to Interim Chief Rodney Bryant and he said that he has a problem with the process the district attorney followed and he believes charges were brought too quickly.

“What we do want is a level of due process as it relates to how investigations are handled and how we’re criminally charged,” Rodney Bryant said.

Bryant said that he “absolutely…” believes that charges came too quick and that “we have to make sure that we have all the facts or enough facts to warrant charges.”

Bryant questioned the charges that came long before the Georgia Bureau of Investigations finished their investigation.

In a statement, Howard’s office said, “I do not believe the interim chief’s statement that the District Attorney’s Office moved too fast is supported by facts.

The D.A.‘s office says the decision to charge is solely and independently made by the district attorney’s office.

Rolfe was charged with felony murder and more. His lawyers maintained his actions were justified. As for Brosnan, attorney Don Samuel said he “is unequivocally not guilty of the aggravated assault and violation of oath charges he faces for what happened after the Brooks shooting.”

As if the Garrett Rolfe prosecution wasn't already a complete farce, the Fulton County DA literally just said that the case "has very little to do with a taser," but rather "African-Americans continu[ing] to get killed by police officers."

Are we living in the Upside Down? pic.twitter.com/784sNH4VFK

Howard’s statement says, “The actions of Officer Rolfe were so egregious that the police department and the mayor, within hours after the incident, fired Officer Rolfe without the benefit of a GBI investigation or a hearing.”

Bryant said Howard normally waits to decide whether to charge officers until after the GBI report is in and often has his own office conduct its own investigation beyond that.

Bryant addressed the low morale in the agency due to the actions of the DA and that Mayor Keisha Lance Bottoms has supported his efforts to address them.