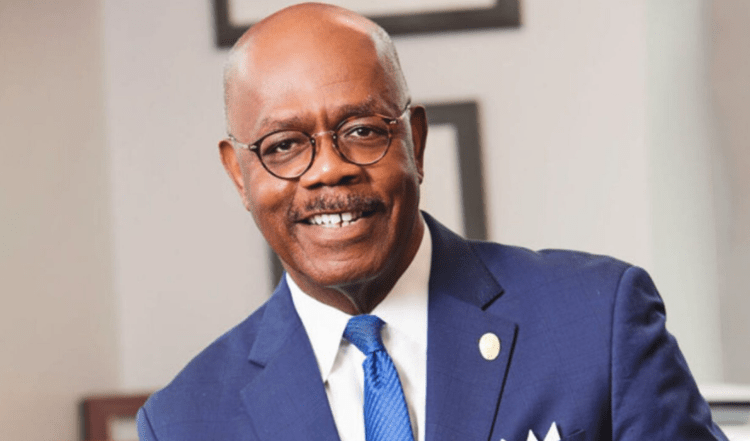 FULTON COUNTY, Ga. — Fulton County District Attorney Paul Howard Jr. has charged former Atlanta police officer Garrett Rolfe with felony murder — a capital offense — in the on duty shooting death of Rayshard Brooks. He has also charged Officer Devin Brosnan with aggravated assault and two counts of violation of oath by an officer. Moreover, the DA took this action before the Georgia Bureau of Investigation (GBI) had completed their work, much to the astonishment of those involved.

Howard began spinning the tale during Wednesday’s press conference as most reasonable thinking people were shaking their head in disbelief.

Furthermore, Howard is facing a criminal investigation and a primary runoff in a difficult fight to remain in office after his challenger secured more votes than he did in the June 9 primary.

As a result, Howard’s actions should be viewed as grandstanding and appeasing, much to the detriment of the Atlanta Police Department.

According to the Atlanta Journal-Constitution, Howard is under criminal investigation by the Georgia Bureau of Investigation for allegedly taking at least $140,000 in Atlanta taxpayer dollars to supplement his salary through his nonprofit.

Fani Willis, who previously worked for Howard, received 42 percent of the vote in the Democratic primary to Howard’s 35 percent, triggering a runoff that will happen on Aug. 11. Willis’ campaign has hammered a message of “integrity, innovation & inclusiveness,” and she has amplified accusations of corrupt dealings by Howard with his nonprofit organization.

“ENOUGH IS ENOUGH!” Willis tweeted last week, linking to a story about the investigation into Howard. “THE CITIZENS OF FULTON COUNTY DESERVE BETTER!”

Howard has referred to the allegations as an “administrative matter” and believes he will be cleared, according to the AJC.

Back to Wednesday’s press conference, Howard explained his decision to charge the officers.

“For 41 minutes and 17 seconds, he followed their instruction, he answered the questions,” Howard said of Brooks. Yet in some twisted way that appears to justify Brooks’ reaction to his arrest, as Howard notes, “(Brooks) was never informed that he was under arrest… this is a requirement of the Atlanta Police Department.”

But some have said that the nature of the events leading up to the shooting of Brooks — a violent fight and Brooks stealing an officer’s Taser — makes felony murder too high of a charge against Rolfe, and suggested that the decision could be politically motivated at a time when police conduct is under a microscope and dominating headlines, Fox News reported.

Statement on last Friday’s OIS in Atlanta. The GBI was not aware of today’s press conference before it was conducted. We were not consulted on the charges filed by the District Attorney. (1/2)

“Charging an Atlanta police officer with felony murder before the completion of the GBI’s investigation was a political decision, not a legal one,” Rep. Doug Collins, R-Ga., said in a statement Thursday. “I’m calling on Attorney General Chris Carr to appoint an independent district attorney in the case of Rayshard Brooks to ensure Georgians have complete confidence that this case is devoid of any and all political influence. If a special prosecutor was warranted in the Ahmaud Arbery case, then it certainly warrants the appointment of one here.”

Collins was referring to the Wednesday statement, in the wake of Howard’s press conference, by the Georgia Bureau of Investigation that it had not been informed of the DA’s decision to charge the officers.

“Although we have made significant progress in the case, we have not completed our work. Our goal in every officer involved shooting case we are requested to review, is to complete a thorough, impartial investigation before we submit the file to the respective District Attorney’s Office,” the state law enforcement office said. “The GBI was not aware of today’s press conference before it was conducted. We were not consulted on the charges filed by the District Attorney. Despite today’s occurrence, the GBI will complete its mission of completing an impartial and thorough investigation of this incident and we will submit the file, once completed, to the Fulton County District Attorney’s Office.”

Despite today’s occurrence, the GBI will complete its mission of completing an impartial and thorough investigation of this incident and we will submit the file, once completed, to the Fulton County District Attorney’s Office. (2/2)

Others have also said Howard’s move to charge the officers before a complete law enforcement investigation, and with such weighty charges, is unusual.

Ted Williams, a former Washington, D.C. police detective and a Fox News contributor, said Wednesday the charges are “unfortunately and sadly, a miscarriage of justice.”

“First of all, I believe that the [Fulton County] DA here, Paul Howard, overcharged Officer Rolfe in regards to this very sad death of Mr. Brooks,” Williams said. “I’ve heard all this crap about a Taser is not a deadly weapon. As a lawyer, I can tell you, I am representing two people against police officers who have used Tasers. And those two people that I am representing died. They died as a result of being tased. A Taser is a weapon. A Taser can be a dangerous weapon.”

Williams added: “This is a rush to judgment.”

Jason Segura, the president of the International Brotherhood of Police Officers Local 623, told Fox News that Atlanta officers were calling out, quitting or transferring to other jurisdictions after the charges were announced. The Atlanta Police Department said reports of mass resignations of officers were not true, but that it was “experiencing a higher than usual number of call outs with the incoming shift.”

Segura also accused Howard of having political motives in his handling of the case.

Yet this is clearly a case of differing perspectives, those of trained police officers, and others with non-law enforcement emotional connections to the trauma.

“We saw the worst happen on Friday night with Mr. Brooks. It angered me and it saddened me beyond words,” Atlanta Mayor Keisha Lance Bottoms said as she was announcing police reforms this week in the wake of Brooks’ death.

“I do not believe that this was a justified use of deadly force and have called for the immediate termination of the officer,” she previously said, as she announced the resignation of former Atlanta Police Chief Erika Shields following the shooting.

And Brooks’ widow, Tomika Miller, with whom he had four children, said that learning about her husband’s fate “hurt really bad.”

“I felt everything that he felt just by hearing what he went through,” she said.