Woman shoots, kills man trying to break into her home with tire iron 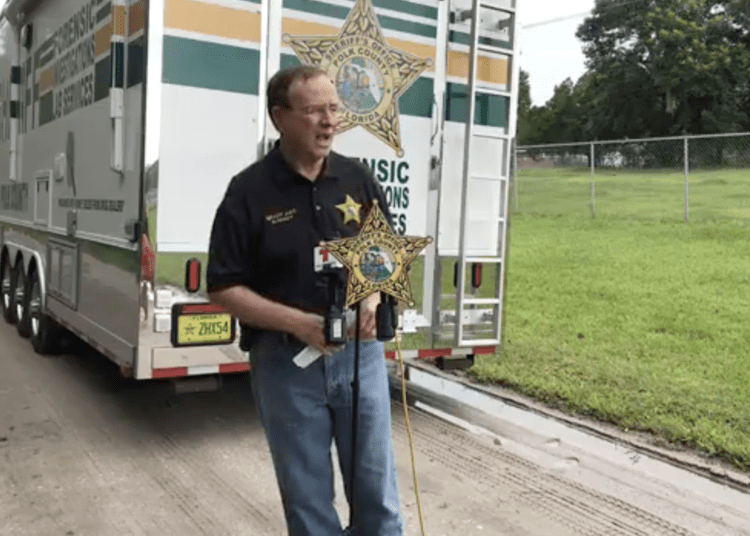 Sheriff Grady Judd said the woman appeared to be within her legal rights to shoot the man who was using a tire iron to break into her home. (Polk County Sheriff's Office)

POLK COUNTY, Fla. — A woman shot and killed a man who returned to her home after an argument early Saturday and tried to use a tire iron to smash his way inside, authorities said.

The shooting occurred just after 6 a.m. in an unincorporated area of Auburndale in Polk County, Sheriff Grady Judd said at a news conference. Judd said it appeared the “shooter was perfectly legal to defend her home from a burglar.”

“You have a right to protect yourself in your home and be free from home invaders, armed burglars, and certainly he was armed with a tire iron and making an attempt to come in through the window,” Judd said. “She stopped him. She stopped him permanently.”

The homeowner and the suspect were known to each other, the sheriff said. They had gone out the night before to a pool hall in Lakeland with another man and a woman who was the suspect’s live-in girlfriend. The group of four returned to the woman’s home around 4 a.m. after stopping at a liquor store for a bottle of whiskey, FOX reported.

The suspect and his girlfriend got into a “heated argument” around 6 a.m., and the two men left the home, the sheriff’s office said in a press release. The two women remained at the home.

However, the suspect drove to the end of the street with his friend before deciding to turn around to get his girlfriend to go home with him, Judd said. The suspect banged and kicked the front door, demanding to see his girlfriend.

The other man tried to get the suspect to leave, but the suspect grabbed a tire iron from his car and smashed a window of the home. The suspect was yelling and threatened to kill the two women, according to the sheriff’s office.

The woman who owned the home got a handgun and fired at the suspect. The man died immediately at the scene, Judd said.

“This is another incidence where you just should have left,” Judd said. “But when you came back to the house that’s not your home, and you tried to break in to get a girlfriend who didn’t want to go with you, and you’re shot and killed while breaking into the house with a tire iron, that was a bad choice. And it’s the last bad choice he’ll make.”

Judd said the medical examiner’s office will determine whether the suspect was under the influence of drugs or alcohol. The names of the people involved have not been released, FOX reported.

The shooting remains under investigation by the sheriff’s office.

Inmate with ‘F*** Cops’ tattoo dies after altercation with deputies