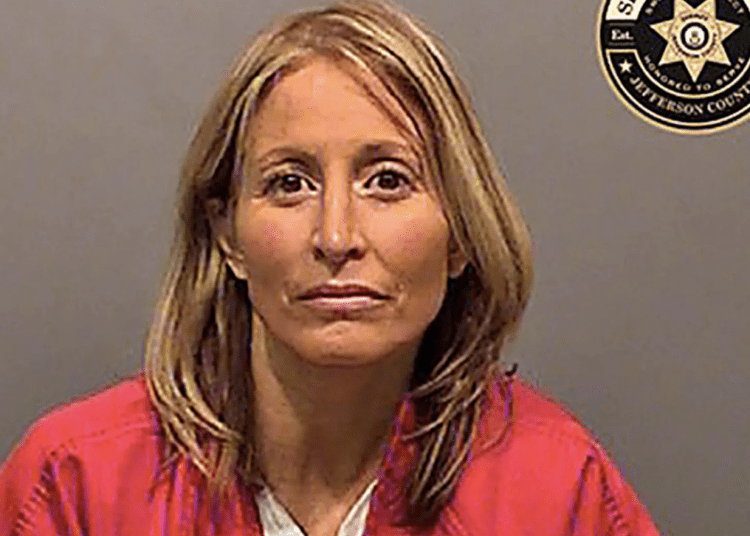 EVERGREEN, Colo. — A well-known animal rights attorney in Colorado is being held on a $3 million cash bond after prosecutors say she attempted to hire ranch hands in a murder-for-hire plot to kill her estranged husband and his new girlfriend, formerly an au pair who cared for their three children.

One of the ranch hands reportedly notified the husband and law enforcement, before working with the Jefferson County Sheriff’s Office to record phone conversations during a six-month investigation that eventually lead to the arrest of Jennifer Emmi, 44, also known as Jennifer Edwards, of Evergreen, Colo., Fox News reported.

Emmi was arrested in late January and is charged with solicitation of first-degree murder, two counts of retaliating against a witness or victim, and three counts of stalking, the Denver Post reported. As a result, she is being held in the Jefferson County Jail and is scheduled to appear in court for a preliminary hearing on Feb. 26, KCNC-TV reported, citing court records.

According to a 33-page affidavit filed Jan. 25 and obtained by Fox News Wednesday, Emmi first asked ranch hand Timothy Lindsey, 28, to help her kill her estranged husband’s girlfriend in November 2020. After the conversation, Lindsey went to authorities and became an informant, recording several phone calls during which Emmi allegedly asked if he knew anyone to “get rid of her,” and provided the girlfriend’s name and workplace, court records show.

“Jennifer responded that the money would not be a problem,” the affidavit says.

Emmi also allegedly discussed whether her husband should also be killed and whether it should happen at his ranch in Evergreen or elsewhere, suggesting in one conversation that maybe both he and the girlfriend be taken out because “if there was a car accident or something, no one would know,” the affidavit says. But Emmi then decided to “hold off.”

“We are not going to do anything,” she later told Lindsey, according to the affidavit.

“These are very serious allegations against Jennifer Emmi that could put her in prison for many years,” M. Colin Bresee, the attorney representing Emmi, explained in a statement to Fox News Wednesday.

A second attorney, Malcolm Seawell, is working with Bresee on this case as co-counsel.

“Jennifer sacrificed her body to have 3 beautiful children and a perfect family.  Jennifer did not know that her husband was having an affair with the 20-something Au Pair,” Bresee said. “I do not think it would be a surprise to anyone that Jennifer became enraged and said some pretty horrific things. Jennifer spoke to and texted some trusted friends from her home expecting compassion and guidance.”

“In the affidavit, an employee took this information to the police for some unknown gain. The government informant promised Jennifer’s head on a platter,” he said. “After numerous calls, Jennifer made it very clear they were not going to do anything. This case is a multi-tiered betrayal of trust that even Hollywood could not write.  We look forward to receiving and reviewing all the evidence.”

In addition to the husband and authorities, Lindsey also told another person about the murder-for-hire plot: Seth McCallum, a 29-year-old former ranch hand who served as a sniper in the U.S. military, court documents show.

Before her recent arrest — but amid her crumbling marriage — Emmi had been embroiled in legal trouble over the past year and was facing 16 felonies and 16 misdemeanors alleging domestic violence, retaliation against witnesses and attempts to influence public servants, according to Fox.

An unidentified 67-year-old man, described in court documents as Emmi’s “financial backer” who had taken a “special interest” in her, had paid her bond in at least one of her previous cases. McCallum allegedly used knowledge of the murder-for-hire plot to attempt to blackmail the 67-year-old man for $10,000, but it’s unclear if he ever received payment, the affidavit says.

In an interview with investigators in January, McCallum stated that he “thought he could make some money with the information he had knowledge of,” the affidavit says. He also allegedly admitted that Emmi, knowing his military background, asked him to kill people before. McCallum told investigators he believed Emmi was fantasizing and declined her request. He would not specify who she targeted.

McCallum has not been charged with a crime, according to court records.

Emmi is the founder of The Animal Law Center, a law firm that provides an array of legal services for animal owners and guardians, according to its LinkedIn page. She also opened a nonprofit organization at a ranch in Evergreen that aims to “accentuate the bond between humans and animals,” KCNC-TV reported. She was frequently interviewed by local media outlets about animal rights cases and hosted a regular show on Facebook discussing animals.

According to the affidavit, Emmi also conducted research into witnesses, judges, prosecutors and investigators working on her previous cases, sometimes taking handwritten notes about those individual’s personal lives and family members. She also allegedly looked into whether law enforcement had the ability to track her phone and purchased devices meant to block tracking.

The affidavit also says that Emmi’s estranged husband and his girlfriend have spoken to investigators, claiming they lived in constant fear amid the domestic violence incidents and often left their home to go into hiding after seeing vehicles passing by with people taking photos.

Reached by KCNC-TV, Emmi’s estranged husband, who was not named by the outlet, said, “it’s a very sensitive topic, and I ask for people to respect the privacy of the family and the children.”

Suspect in custody after killing Alabama police officer during chase