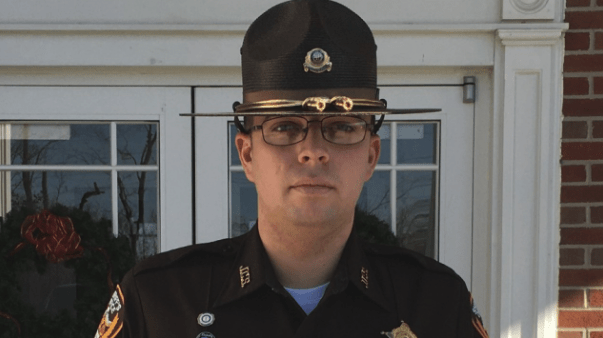 LOUISVILLE, Ky.  — A deputy for the Jefferson County Sheriff’s Office was in uniform working an off-duty security job when he was ambushed and killed while sitting in his vehicle at a car lot.

Brandon Shirley, 26, was shot inside his personal vehicle at Rockford Lane Auto Sales early Thursday morning. According to police, someone walked up and specifically targeted the deputy.

“We can say, with a feeling of confidence, that he was targeted… and that he was ambushed,” Chief Erika Shields of the Louisville Metro Police Department said. “We will make an arrest.”

After the shooting, Shirley was rushed to a local hospital where he passed away, LEX18 reported.

“I want to express my deepest condolences and prayers to the families and friends of Deputy Shirley,” said Sheriff John Aubrey. “I have requested LMPD to conduct the investigation into this tragic, senseless incident with the full support of my office.”

Although no arrests have been made, investigators reportedly have potential suspects identified.