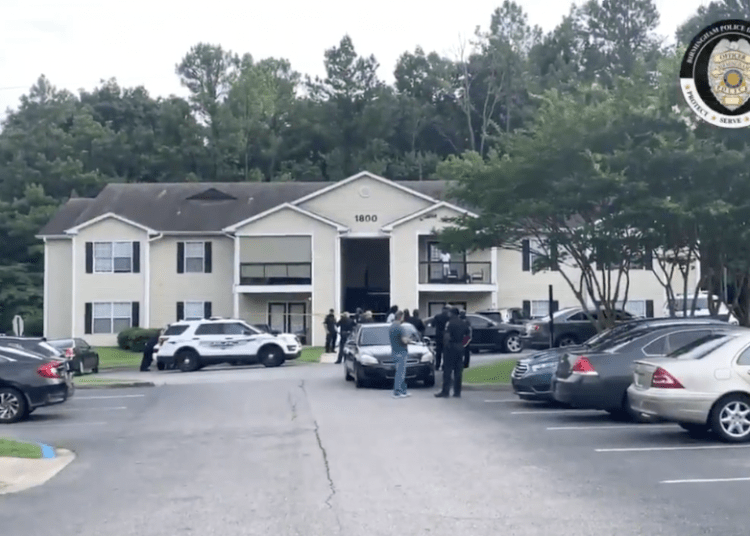 Birmingham police are investigating the shooting death of an 11-month-old child. (Twitter)

BIRMINGHAM, Ala. — Police in Birmingham are investigating the shooting death of an 11-month-old girl. The baby, Raylee Allen, is the child of a Jefferson County deputy, according to reports.

The fatal shooting occurred just before 4 p.m. Tuesday in the 1800 block of Carson Road, Sgt. Rodarius Mauldin said in a video posted to Twitter.

Police received calls of a domestic disturbance and a person shot at the location.

Allen’s mother, whom police have identified as a Jefferson County Sheriff’s deputy, told responding officers that her baby was deceased, and authorities discovered the toddler died from a gunshot wound, Fox News reported.

Two weapons were recovered from the apartment. The mother and father were taken to the Birmingham Police Department for questioning.

At least one other child was inside the apartment at time of the shooting. Police are not saying who pulled the trigger or how the weapon discharged.

“We want to make sure we conduct a very thorough investigation, preserve the evidence and interview those who were here at the home when it took place,” Mauldin said. “We are putting the pieces of the puzzle together.”

The Birmingham Police Department said no charges have currently been filed.

“Details are limited in this investigation,” BPD said in a press statement. “It is not immediately clear how the child sustained the gunshot wound. The mother and father are being questioned by investigators. At this time, no formal charges have been filed.”

The sheriff’s office gave the following statement to local news outlet AL.com: “We are completely saddened by the loss of this precious child. At this time, our goal is to provide support to one of our own in dealing with that tremendous loss.”

The sheriff’s office has no part in the ongoing investigation.