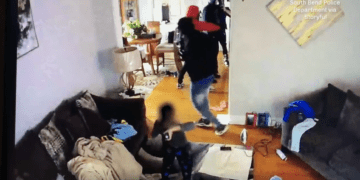 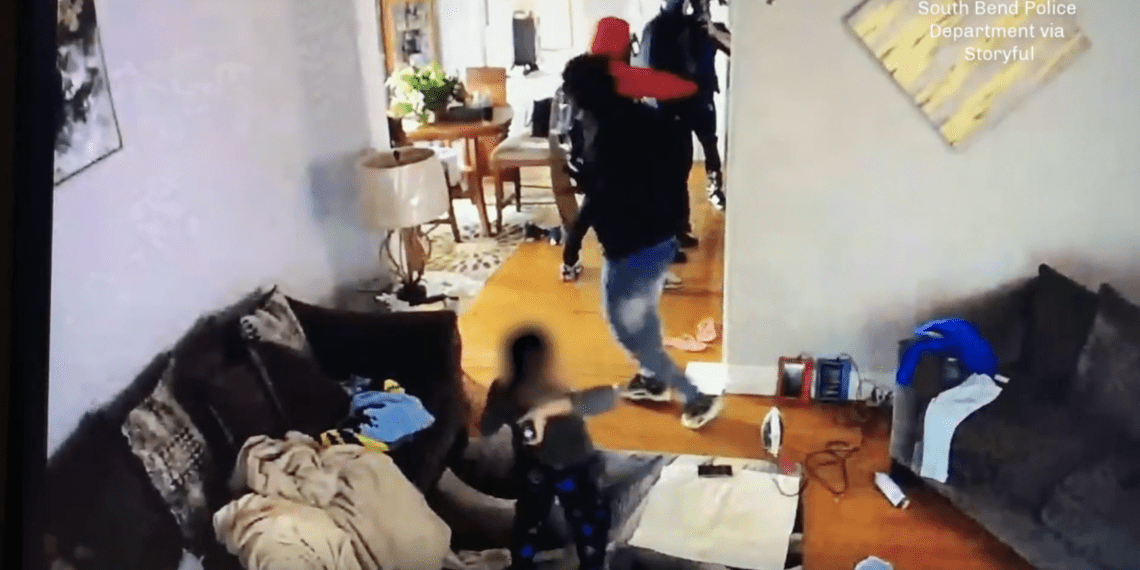 After four men come through the front door of the South Bend home, video shows two of the men rush to the living room area where a woman and two children are sitting. At least three of the men appear to be armed, KTLA reported.

The Sept. 30 video shows the 5-year-old charge at one of the men, hitting him from behind. He also throws an object at one of the men before coming after him. The suspects fired shots during the robbery, but no one was injured, police said.

“You can see a little boy hitting one of the armed suspects as he tries to defend his home. It is our job now to defend him,” police said in releasing the video.

While the incident occurred in late September, South Bend police are releasing it in an effort to track down the suspects involved in the case.