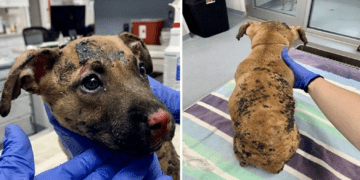 Authorities are searching for a suspect 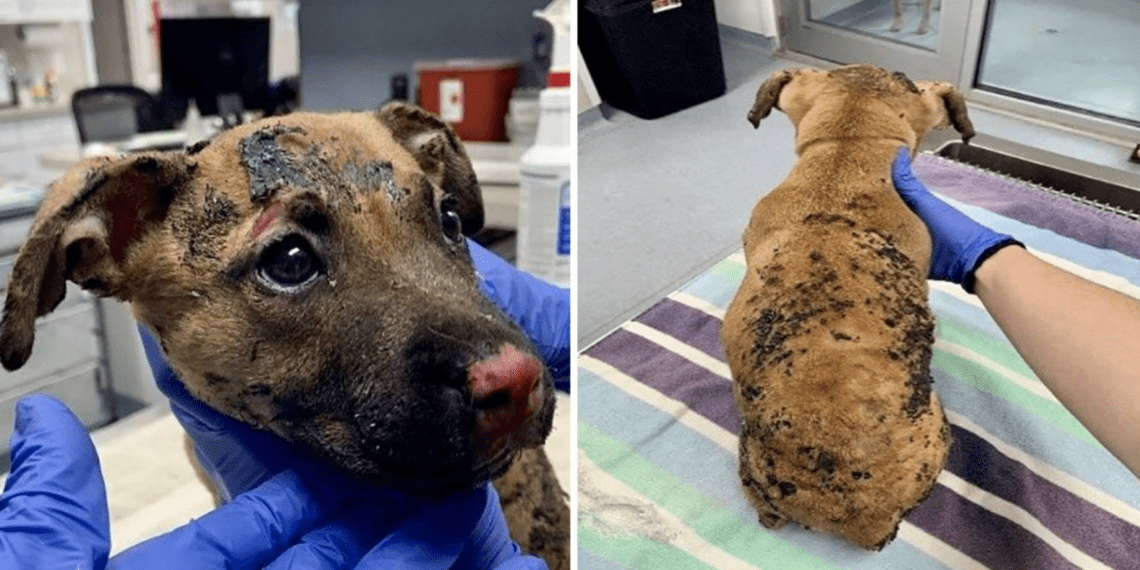 The blond and yellow puppy was found with black plastic melted on her back and taken to an animal hospital. (Columbus Division of Fire)

COLUMBUS, Ohio — A puppy confined to a cage and set on fire at a park in Ohio over the weekend is recovering from its burns, fire officials said Wednesday. Meanwhile, authorities are searching for the person responsible.

Firefighters responded just after noon to a fire at Walnut Hill Park in Columbus on Sunday and found the remains of a plastic cage still burning beneath a tree, Columbus Division of Fire said on Facebook.

Posted by Columbus Division of Fire on Wednesday, October 14, 2020

After extinguishing the flames, firefighters spotted a dog running in the area. The puppy had black plastic melted on her back.

“As fire investigators, this is heart-wrenching and sickening for us,” investigator Mike DeFrancisco told WBNS-TV. “We see a lot of bad things on a daily basis, but this has cut a lot of our people to the core.”

The young dog was rushed to the Diley Hill Animal Medical Center and treated for burn related injuries.

The puppy, which is believed to be about 3-months-old, “is doing remarkably well,” and has been adopted by staff at the animal hospital, fire authorities said.

Firefighters say her new name is Korra after a character in “The Legend of Korra” who is strong and resilient – a survivor.

The Columbus Division of Fire is working with Columbus Humane to identify anyone involved in the incident. A reward of up to $5,000 is being offered for any information that leads to a conviction.