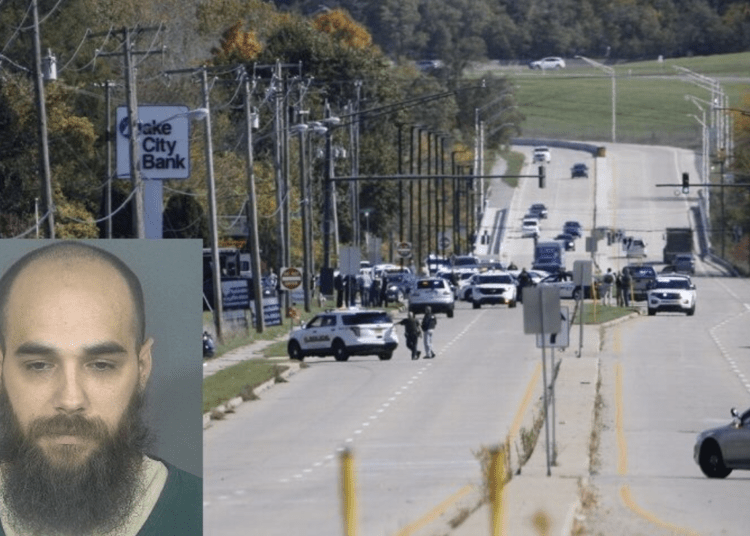 ST. JOSEPH COUNTY, Ind. — A man who shot at police and then fled a home as officers attempted to arrest him on a warrant Tuesday morning was killed in a shootout with multiple agencies when they found him hours later.

In addition to the death of the suspect, police earlier identified as Rodney Ross, 30, a police officer and a St. Joseph County Police K9 reportedly were shot in the incident that culminated around 4 p.m. on the northwest side of the city, South Bend Tribune reported.

Commander Mike Grezgorek of the St. Joseph County Metro Homicide Unit said the officer received a leg injury and was being treated at a local hospital. The officer was not seriously hurt, Grezgorek said, but he declined to identify the wounded officer until family had been notified.

Moreover, police K9 Luna also was shot in the incident. The bullet appeared to lodge in her leg. She was transported to North Central Veterinary Emergency Center in Westville, Ind., for further treatment.

Police arrived at the house in the 52000 block of Lilac Road around 11:45 a.m. looking for Ross, who was wanted out of Elkhart County for drug possession and having a firearm without a license.

Officers serving the warrant were shot at and and they returned fire. Ross then fled from the house into nearby woods, St. Joseph County Sheriff Bill Redman said. No officers were injured at that time.

Multiple agencies, including the U.S. Marshals, assisted county police and set up a large perimeter in the area. The Indiana State Police also aided in the search with a helicopter, the Tribune reported.

Grezgorek said the suspect was found during a search. He said the fleeing assailant fired at police before officers returned fire.

Grezgorek said several people in the home had been questioned by police, but no one else was in custody in connection with the incident. There were no further details provided in regards to the OIS.

According to ABC 57, the wounded officer has been released from the hospital. Furthermore, K9 Luna is in stable condition.

K9 Luna shot and killed during call of domestic violence