K9 Luna shot and killed during call of domestic violence 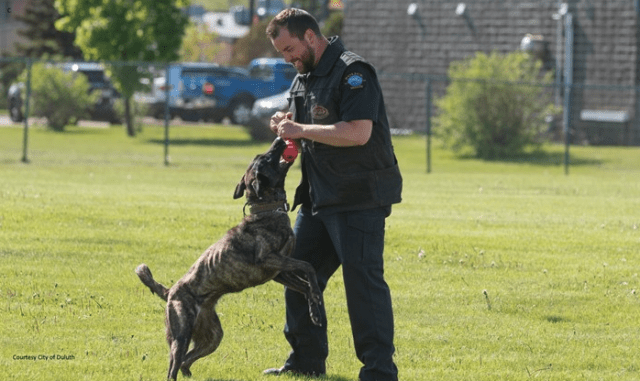 The suspect in an armed standoff that lasted for nearly 24 hours died at the scene, but no officers were injured, according to a tweet from the Minnesota Bureau of Criminal Apprehension at about 6 p.m.

Shortly after 4 p.m. Friday, a News Tribune reporter on the scene of a lengthy armed standoff in Lincoln Park heard shouting, followed by the apparent sound of gunshots. Shortly after the exchange, officers began to move around the scene freely, entering and leaving a residence where the suspect had been holed up since Thursday evening.

DULUTH, Minn. — The Duluth Police Department is mourning the loss of a loyal K9 and companion who was fatally shot Thursday evening during a call of domestic violence. The situation remains a standoff as of Friday morning.

In a Facebook post police say squads were dispatched to a home on the 2300 block of West 4th St. on reports of a domestic incident that had turned physical. Arriving officers soon learned that the male suspect had warrants out for his arrest and was refusing to surrender, KARE11 reported.

A decision was made to deploy K9 Luna inside the home to apprehend the suspect. However, police say the suspect opened fire, hitting the service dog. As a result, officers returned fire, retreated and set up a perimeter around the residence.

PUBLIC SAFETY RISK: the public is being asked to avoid the area of the 2300 block of W 4th St

K9 Luna was rushed to an emergency vet clinic, where she died of her injuries. No other officers were injured in the exchange of gunfire.

Losing any dog is never easy. Losing a K9 while they are protecting the public and their officers is worse. Sending prayers to K9 Luna’s handler and the Duluth Police Department this morning after K9 Luna was shot and killed during a domestic call last night. Gone too soon. #K9 pic.twitter.com/b6JaNcYh6I

As of 10:00 a.m. Friday the standoff was ongoing, and police were asking residents to stay away from the area.

We continue to be on scene. We would like to remind the public to avoid the area of the 2300 block of W 4th St as we work towards resolving this situation.

K9 Luna is the second service dog that Officer/Handler Aaron Haller has lost, according to KARE11. His former partner, K9 Haas, was also killed in the line of duty just over two years ago. Haller was wounded during the same call, which also described a domestic disturbance. 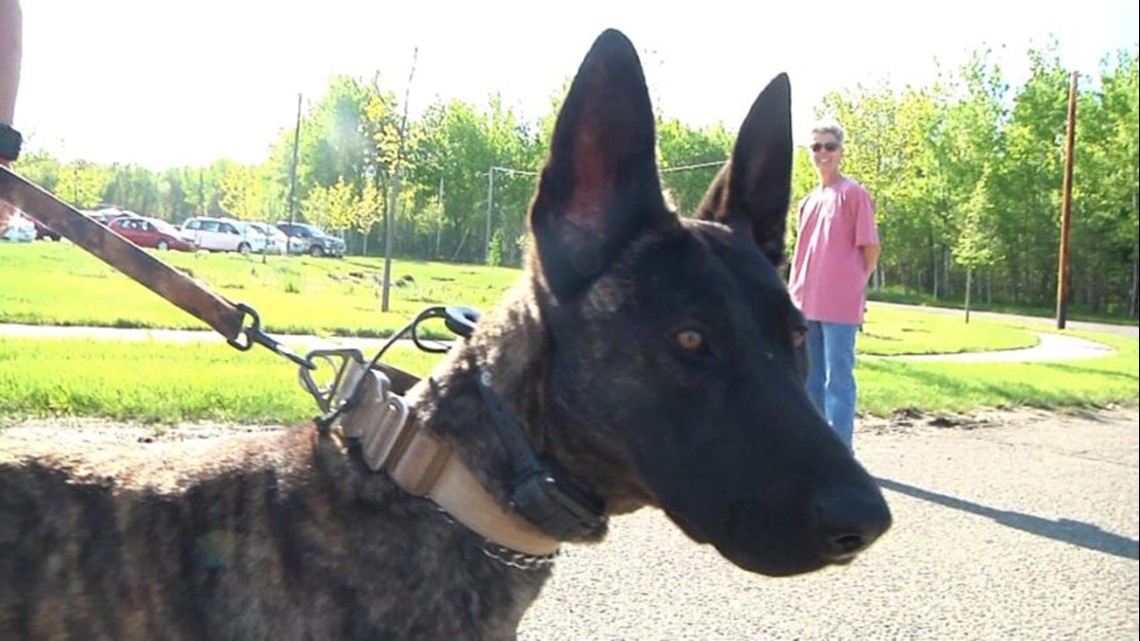 K9 Luna was the second partner that Officer/Handler Aaron Haller has lost. His last dog Haas was also shot responding to a domestic situation. (Credit: KBJR via KARE11)

Officer Haller was paired with Luna in the wake of Haas’ death, and the two went through a 13-week training academy in St. Paul before she was placed in service.

Woman, 74, attacks boyfriend with hammer, pulls gun on him while driving to hospital, police say