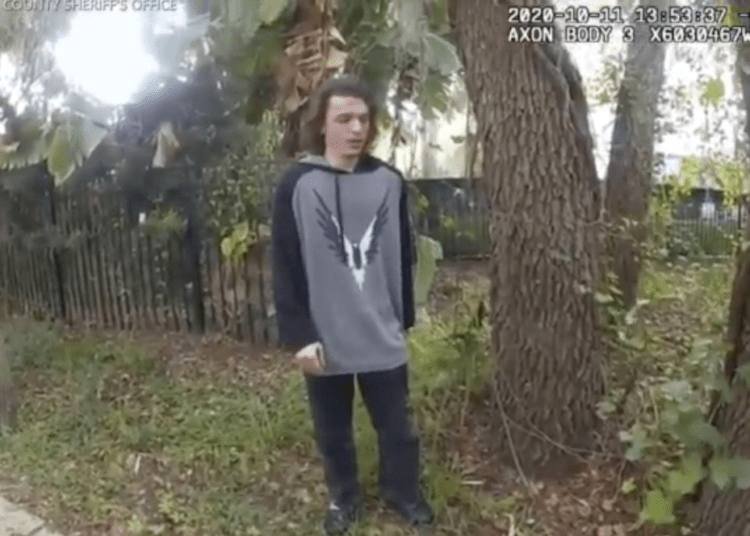 HILLSBOROUGH COUNTY, Fla. – A Hillsborough County Sheriff’s Office deputy was taken to the hospital after being stabbed by a man.

HCSO responded to a call from the Fishhawk Ranch neighborhood in Lithia to help Gracepoint, a local mental health service, check on a 21-year-old man’s wellbeing on Sunday afternoon.

As the man, later identified as Nicholas Furgason, realized he was going to be admitted to Gracepoint under Florida’s Baker Act, he ran off and began sprinting toward a wooded area, WFTS reported.

Deputy Charles Williams chased Furgason on foot while another deputy followed behind them in a police unit. After a brief chase, Williams tracked Furgason on a wooded trail and tried using de-escalation techniques.

As Williams took Furgason’s right arm and tried to detain him, the suspect pulled a knife out with his left hand, reached over his right shoulder and stabbed Williams in the neck.

Subsequent to the attack, Furgason fled while ignoring commands from Williams to stop.

WARNING: The graphic video below may not be appropriate for all viewers.

Williams continued to chase Furgason for another 100 yards before using a Taser on the stabbing suspect. Williams and the other deputy were able to detain Furgason.

Williams was taken to the hospital but was released on Monday morning, according to WFTS.

“This is a prime example of the dangers deputies face while trying to serve and protect our community every day,” said Sheriff Chad Chronister in a press release. “Deputy Williams used an incredible amount of restraint by deploying less-lethal force on an individual who attempted to take his life. We are grateful that Deputy Williams was not more seriously injured and will make a full recovery, however, that does not make this incident any less severe. We will see to it that this individual is prosecuted to the fullest extent of the law for his actions.”