Another 100 are considering similar moves 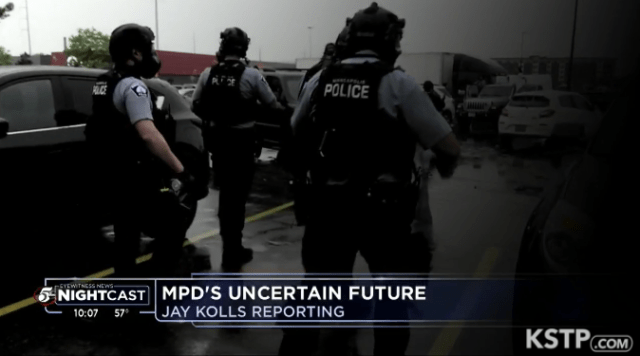 MINNEAPOLIS — The number of Minneapolis police officers who have filed disability claims since this spring’s civil unrest and rioting has now reached 175, with 100 additional officers considering similar moves, according to their attorney.

“The 100 additional officers are doing their best to hang in there and not leave because they want to serve their community,” said attorney, Ron Meuser. “But if there is more rioting in the near future, I would not be surprised to see the number of officers filing for disability to reach between 250 and 300 officers.”

Meuser says the disability filings are for both physical and mental health reasons. So far, 2020 has seen twice as many claims as usual, 5 EYEWITNESS NEWS reported.

“It is a particularly high number and it speaks to everything these officers have gone through in the past year,” Meuser said.  “It has been extremely tough physically and mentally for them and their families.”

“The department is getting smaller, but we are streamlining things to focus on a one-dimensional approach of response and investigations,” Arradondo said. “So, that means we are taking some people from things like Community Response Teams and placing them on patrol to keep up with emergency calls.”