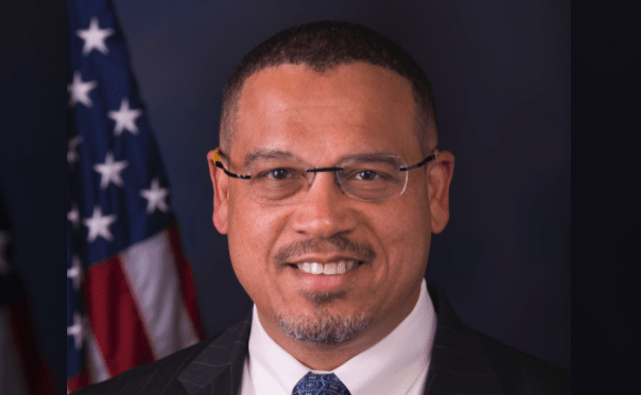 MINNEAPOLIS — Minnesota Attorney General Keith Ellison took over in June as lead prosecutor of the case against four Minneapolis officers involved in the custodial death of George Floyd. After local authorities tried to keep the public in the dark regarding exculpatory evidence, Ellison is now contesting the presence of courtroom cameras.

What is he afraid of? What happened to transparency?

In early November Hennepin County Judge Peter Cahill made several decisions regarding the upcoming trial. The four officers will be tried together, there will be no change in venue, and video coverage will be allowed, WCCO reported.

Minnesota has some of the most restrictive laws in the country barring cameras in the courtroom, so the broadcasting of this trial would be a first. All of the defendants had asked for the trial to be televised and Law Officer experts said back in August the foursome would not receive a fair trial without the presence of TV cameras.

Recording and livestreaming the trial violates court rules and will scare away witnesses, Ellison’s team argued in a recent court filing.

His office filed a motion last week asking Judge Cahill to rescind his historic order allowing cameras in the courtroom, or alternately, to narrow its scope, Star Tribune reported.

Witnesses “should not be forced to sacrifice their privacy or suffer possible threats of intimidation when they perform their civic duty and testify,” said the motion signed by Assistant Attorney General Matthew Frank and Special Attorney for the state Neal Katyal. “The risks of broadcasting witness testimony are particularly acute where, as here, live video and audio coverage may be intimidating to some witnesses and make it less likely that they will testify, potentially interfering with a fair trial.”

If the judge won’t change his mind, prosecutors said, he should only allow the recording of attorneys’ opening statements and closing arguments, and protect witnesses by allowing them to opt out of visual or audio recording.

Prosecutors argued that Cahill’s order violated court Rule 4.02, which requires both the defense and prosecution to consent in order to record a trial.

Cahill cited constitutional rights to a fair and public trial as reasons to allow the recording and livestreaming, which is unheard of in Minnesota where cameras are severely limited in courtrooms.

The judge also pointed to intense international interest in the trial and limited courtroom access imposed by COVID-19 restrictions, writing that the “only way to vindicate the defendants’ constitutional right to a public trial and the media’s and public’s constitutional rights of access to criminal trials is to allow audio and video coverage of the trial.”

Ellison’s office countered the reasoning, arguing that the public and media could watch the trial on closed-circuit TV in overflow courtrooms.

Prosecutors argued that the U.S. Constitution does not compel the recording and livestreaming of a trial, nor does it allow the court to deviate from the state rule, Star Tribune reported.

“Even when some individuals are turned away for lack of space, the constitutional guarantee of a public trial ‘will already have been met’ when the court affords some members of the public an opportunity to observe the trial,” prosecutors wrote.

Defense attorneys argued earlier this year that cameras would ensure a fair and public trial because of courtroom restrictions due to the pandemic and statements city and state officials made about the case.

“The Defendants argue that this relief is necessary to provide the Defendants with a fair trial in light of the State’s and other governmental actors multiple inappropriate comments and to assure an open hearing in light of the ongoing pandemic,” Kueng’s attorney, Thomas Plunkett, wrote in the joint motion.

Trial is scheduled for March 8.