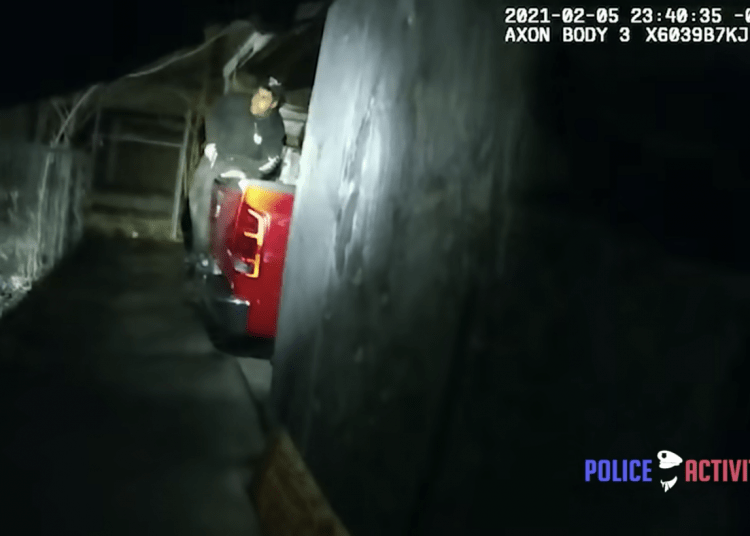 Utah police fatally shoot a suspect who refused to surrender his firearm. (YouTube)

OGDEN, Utah — An Ogden, Utah police officer fatally shot a wanted suspect who refused to drop his firearm and raise his hands during a confrontation. The man had been hiding from law enforcement authorities when the deadly encounter took place.

The officer found Dino Raul Morales hiding in the back of a pickup truck while investigating a report of aggravated robbery, sexual assault and vehicle theft earlier in February, Post Millennial reported.

A graphic video posted by Police Activity shows the fatal encounter from the vantage point of police bodycam footage.

Morales is heard being told to drop his weapon by police.

Morales responds “nope” on multiple occasions, with his pistol still in his hand. When he refuses to disarm himself and surrender, the officer opens fire.

According to the Post Millennial report, Morales died as a result of the shooting.

No further details were provided.