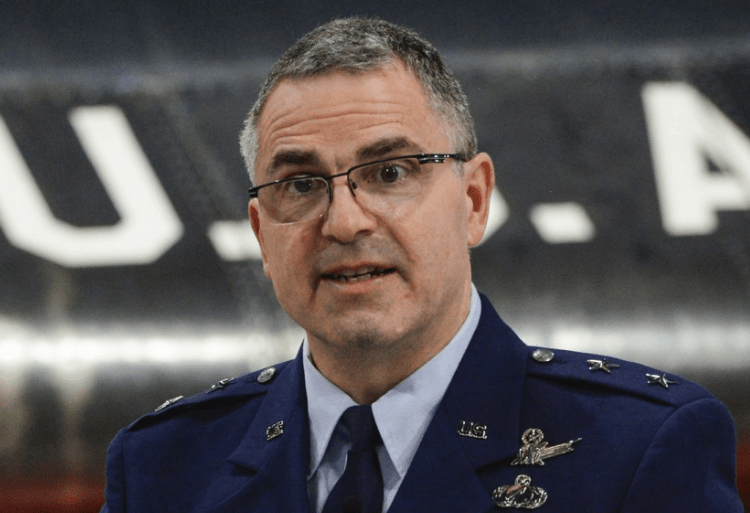 WASHINGTON – The U.S. Air Force has charged a two-star general with sexual assault, opening the possibility of the first court-martial for a general officer in its 73-year history.

Air Force Maj. Gen. William Cooley was charged with one count of sexual assault for an incident in August 2018 in which Cooley allegedly made unwanted sexual advances by kissing and touching a woman, USA Today reported. The woman is a civilian and not a Department of Defense employee, according to the Air Force.

Cooley will face an Article 32 preliminary hearing, similar to a civilian grand jury, on Jan. 27, where a senior military judge will review the charge. The judge could decide to send the case to a court-martial.

Cooley’s attorney refuted the allegations, saying the Air Force lacks evidence to support them and voicemail messages from witnesses undermine them.

“On January 27th, we intend to show Gen. Cooley’s innocence using the accuser’s own words against the government,” said Daniel Conway, Cooley’s lawyer.

The victim’s attorney said she looks forward to having the truth come out.

“The victim knows what happened, what the evidence will show, and what the accused did,” Ryan Guilds said.

A court-martial would set precedent, said Don Christensen, former top prosecutor for the Air Force who now leads Protect Our Defenders, an advocacy group for victims of sexual assault in the military. Lower-ranking troops often receive harsher punishment than senior officers for similar crimes, he said.

“If Maj. Gen. Cooley actually is tried by a court-martial, it will mark the first time in the Air Force’s 73-year history that it has prosecuted a general officer,” Christensen said. “For far too long, the Air Force has operated a two-tier justice system in which senior officers are held to a lower standard than the men and women they lead. Hopefully, this is a sign that the Air Force is finally recognizing the corrosive effect on good order and discipline when general officers are allowed to evade accountability for their criminal acts.”

Gen. Arnold Bunch, who leads the Air Force Materiel Command, relieved Cooley of his command of the Air Force Research Laboratory in January. Cooley has been sidelined since, serving in an administrative job under Bunch, USA Today reported.

Lt. Gen. Gene Kirkland, commander of the Air Force Sustainment Center at Tinker Air Force Base, Oklahoma, investigated the allegations and recommended the charge against Cooley.