Maj. Gen. William Cooley faces a maximum of seven years in the brig, as well as other forms of punishment 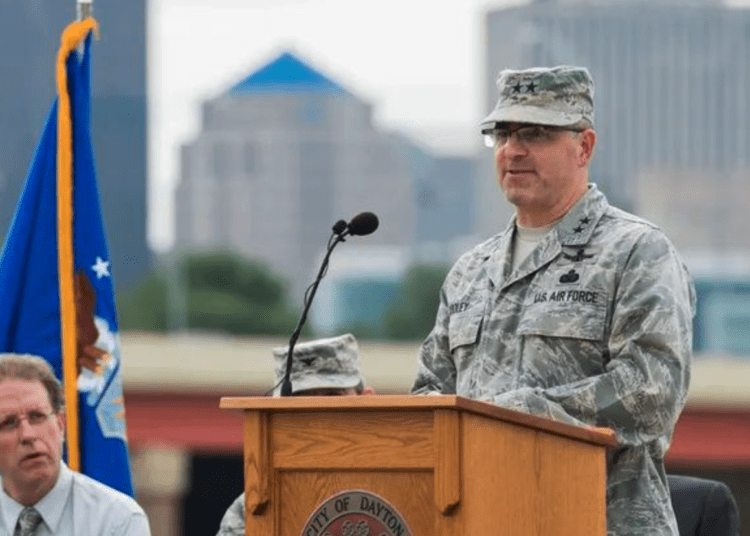 WRIGHT-PATTERSON AIR FORCE BASE, Ohio – A major general in the United State Air Force accused of three sexual misconduct charges was convicted on one charge in Ohio Saturday, the first-ever conviction of a general officer in the branch’s history, according to reports.

A military judge found Maj. Gen. William Cooley guilty of forcibly kissing a woman. The conviction stemmed from an incident in 2018 when a civilian, who is not a Department of Defense employee, provided Cooley a ride home from a barbeque in New Mexico, Fox News reported.

Air Force Judge Col. Christina Jimenez deliberated for some five hours Friday before recessing for the day. The verdict was pronounced as soon as court opened Saturday morning.

The charge had three specifications involving how the two-star general was reported to have touched the complainant in the case — forcing his tongue in her mouth, forcing her hand to his genitals and pushing his hand between her legs and cupping her breast, according to an Air Force charge sheet, the Dayton Daily News reported.

The judge found Cooley guilty of the first specification and not guilty of the latter two during a weeks-long court-martial at Wright-Patterson Air Force Base in Dayton, Ohio.

According to the news outlet, this is the first-ever military trial of a USAF general officer and subsequently, the first conviction of a general since the Air Force was established in 1947.

“Today marks the first time an Air Force general officer has been held responsible for his heinous actions,” said Ryan Guilds, the woman’s attorney. “Hopefully, this will not be as difficult for the next survivor.”

“This case clearly demonstrates the commitment of Air Force leaders to fully investigate the facts and hold Airmen of any rank accountable for their actions when they fail to uphold Air Force standards,” Mejia said.

According to the Dayton Daily News, the complainant was Cooley’s sister-in-law, his brother’s wife.

Cooley’s brother works for the Air Force in New Mexico as a civilian employee. The couple brought the allegations to the Air Force Office of Special Investigations in December 2019.

“Sometimes family members are the abusers, abusers who count on silence in order to wield their extensive power,” Guilds said.

The major general now faces a maximum confinement of seven years in jail as well as other forms of punishment.

A sentencing phase begins Monday at the Air Force base.