Co-founder of BLM movement writes letter to team Biden: ‘We want something for our vote’ 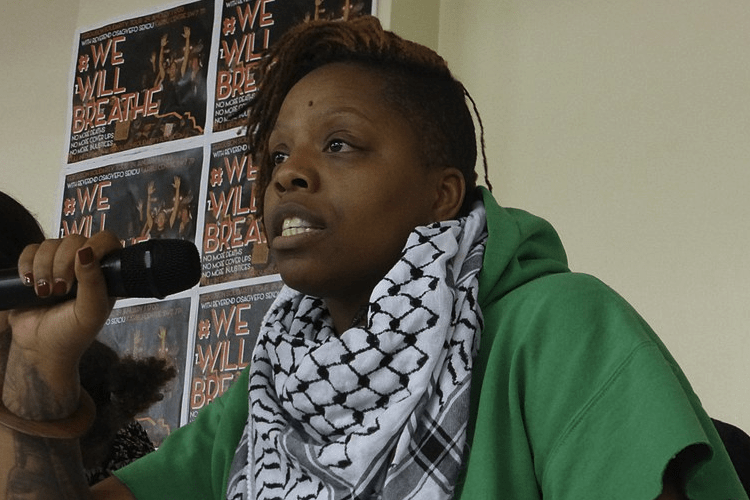 BLM Executive Director Patrisse Cullors said members are “relieved that the Trump era in government is coming to a close,” adding, “As we celebrate his electoral demise, we also know that his political exit does not ensure an end to the intolerable conditions faced by Black people in America.”

Attorney General William Barr on Monday authorized the Department of Justice to investigate voting irregularities before the results are certified.

Full letter penned by @Blklivesmatter to @JoeBiden and @KamalaHarris pic.twitter.com/Jv3G25qfXS

On behalf of the BLM Global Network, Cullors wrote:

Without the resounding support of Black people, we would be saddled with a very different electoral outcome. In short, Black people won this election. Alongside Black-led organizations around the nation, Black Lives Matter invested heavily in this election. “Vote and Organize” became our motto, and our electoral justice efforts reached more than 60 million voters. We want something for our vote.

We want to be heard and our agenda to be prioritized. We issue these expectations not just because Black people are the most consistent and reliable voters for Democrats, but also because Black people are truly living in crisis in a nation that was built on our subjugation. Up until this point, the United States has refused to directly reckon with the way it devalues Black people and devastates our lives. This cannot continue. Black people can neither afford to live through the vitriol of a Trump-like Presidency, nor through the indifference of a Democrat-controlled government that refuses to wrestle with its most egregious and damnable shame.

— fund the us postal service – defund the police (@OsopePatrisse) November 2, 2020

Cullors ended the message by referencing Biden and Harris’s records, both of whom previously supported tough-on-crime policies that have been blamed for contributing to the mass incarceration of Black people. During the campaign, Biden said he made a mistake by supporting President Bill Clinton’s 1994 crime bill that put more cops in Black neighborhoods and incentivized states to construct more prisons. Meanwhile, Harris vowed to correct racially biased policies within the criminal justice system, despite serving 27 years as a prosecutor enforcing harsh sentencing laws, Daily Wire reported.

“The best way to ensure that you remedy past missteps and work towards a more just future for Black people – and by extension all people – is to take your direction from Black grassroots organizers that have been engaged in this work for decades with a legacy that spans back to the first arrival of enslaved Africans,” wrote Cullors.

According to the Associated Press, “the BLM network banked millions of dollars from a surge of donations” that followed nationwide protests sparked by the custodial death of George Floyd in Minneapolis. Cullors established a fund of more than $12 million, the news organization reported. Affiliated BLM chapters are eligible to apply for grants to advance local efforts, such as defunding police departments.