One individual charged in the death of Cpl. Hayden Harris is a fellow soldier 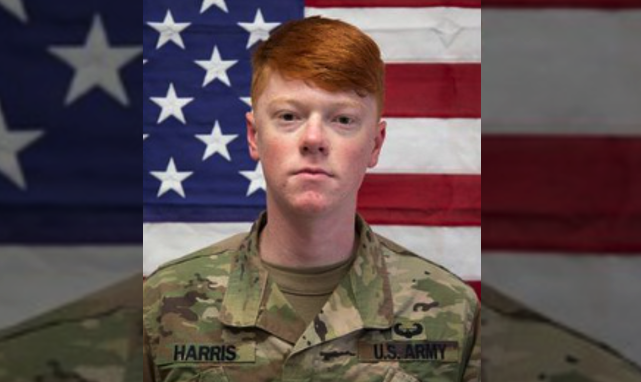 SUSSEX COUNTY, N.J. — An Army soldier along with a 16-year-old have been charged in the slaying of a fellow-soldier who was stationed at Fort Drum in New York.

Cpl. Hayden Harris, 20, an infantryman, was traveling to Watertown, N.Y., for a vehicle transaction, but authorities found him shot to death in a wooded area of Byram Township, N.J., on Dec. 19.  The body was buried under snow.

Spc. Jamaal Mellish, 23, and the unidentified male juvenile were charged with murder, kidnapping and other charges, according to the Sussex County prosecutor’s office.

UPDATE: We are sad to report that Hayden Harris has been found deceased, our thoughts and prayers are with Harris’s…

Mellish is being held in military custody in Oneida County, N.Y., pending extradition to New Jersey. The teenager is in custody in a juvenile detention facility, Fox News reported.

Harris, from Guys, Tenn., joined the 10th Mountain Division at Fort Drum in July 2019 after training at Fort Benning in Georgia.

UPDATE: Corporal Harris has been found deceased, and the investigation is on-going.
“We are grateful to everyone who shared his picture or said a prayer for his safe return… keep his Family in your thoughts and prayers, as we will,” said Brig. Gen. Brett Funck pic.twitter.com/T90z3AWMrQ

He served as an infantryman with the 1st Squadron, 89th Cavalry Regiment, 2nd Brigade Combat Team, but was promoted to corporal after his death. He received two Army Achievement Medals, the National Defense Service Medal, the Army Service Ribbon and the Global War on Terrorism Service Medal, according to the 10th Mountain Division.

“We are devastated,” Brig. Gen. Brett Funck, acting commander for Fort Drum and the 10th Mountain Division, said in a statement at the time of Harris’ death.

“It was well known here that Corporal Harris was a great Soldier, and as we share our grief with his friends and Family, I hear again and again how he was also — and most importantly — a really wonderful, caring person. His death is a tremendous loss for his loved ones, this Division and our nation.”

According to the 10th Mountain Division, members of his unit reported him missing just hours after losing contact with him on Dec. 18.

Several police departments joined the search for Harris after the Army requested help from the public.

Prosecutors believe Mellish “abducted” Harris and killed him, Mueller said. The extent of their relationship was not disclosed.

The investigation is ongoing. Officials are asking anyone with information related to Harris’ death to contact Lt. Nicholas Elmo at the Sussex County Prosecutor’s Office at (973) 383-1570 or Det. Robert Tierney at the Byram Township Police Department at (973) 347-4008.