The suspects went on an 11-hour two-state shooting rampage that killed 1, wounded 4, and left 5 others stunned after being fired upon 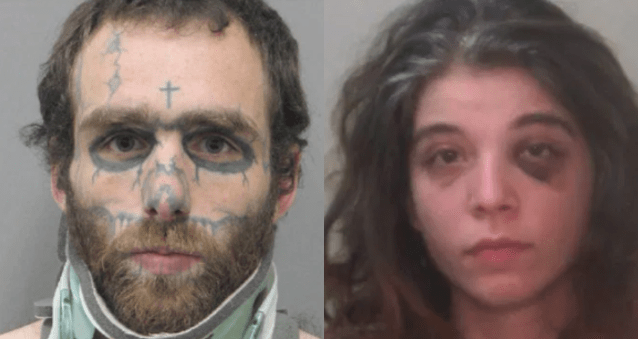 LAS VEGAS — Prosecutors are weighing possible hate crime and terrorism charges against three suspects following a deadly shooting spree in the suburbs of Las Vegas that ended with their arrests in rural Arizona.

Kevin Mendiola Jr., 22, of North Las Vegas, was killed and three other people were wounded in one shooting at a Henderson convenience store. Schwartzer said other people reported being targeted on southern Nevada freeways and roads before 1 a.m. on Nov. 26.

“Once we get our arms around this, it’s going to be quite a case,” Schwartzer said. “We’re still trying to find out what happened.”

The McDonnells are brothers and Lewis is married to Christopher McDonnell. Clark County District Attorney Steve Wolfson said the trio is from Tyler, Texas. They were arrested Nov. 26 following several vehicle-to-vehicle shootings in the area of the Colorado River town of Parker, Ariz., a chase involving the Arizona Department of Public Safety, a vehicle crash, and the wounding of Shawn McDonnell by two troopers in La Paz County, Ariz.

Troopers reported that Shawn McDonnell pointed a handgun at them before he was shot.

Their prosecution in Las Vegas could include crimes in both states, under a court doctrine of “long-arm jurisdiction,” Fox reported.

Schwartzer said Christopher McDonnell told investigators his brother told him to “shoot the black guy” and referenced an “upcoming war,” and the multiple instances of shootings on highways and roads could constitute one continued act of terrorism, according to the Review-Journal.

The La Paz County sheriff’s office said investigators identified three who said they were victims of vehicle-to-vehicle shootings on U.S. 95 in the Parker area and two more who drove to Lake Havasu before stopping.

Lewis was being held at the La Paz County Jail pending a court hearing, and Shawn McDonnell was hospitalized with gunshot wounds, thus no booking photo.

HENDERSON, Nev. — One person was killed and four others were injured in Nevada, where police say an unhinged couple went on a random drive-by shooting spree throughout the city early Thanksgiving Day, authorities said.

Henderson police and fire departments began receiving “several” calls shortly after 12:30 a.m. Thursday from different people — from various parts of the city — who reported shots being fired at them, according to a press release.

Just minutes before 1 a.m., police received a report of a shooting on East Lake Mead Parkway and arrived to find five people had been wounded, one fatally, authorities said.

A 22-year-old man was discovered shot and killed at the scene. Police said four others – a 23-year-old woman and three men, ages 18, 41 and 53, were injured, Las Vegas Review-Journal reported.

“Both suspects were described as having tattoos or paint on their faces,” police said in a statement. “Preliminarily it is believed that the suspects were driving around the city randomly shooting at citizens with no apparent motive.”

Hours later, authorities in La Paz County said Arizona Department of Public Safety investigators were responding to a string of drive-by shootings in the Parker area. The Parker Pioneer reported that three suspects were arrested in a spree of shootings that occurred on state Route 95, north of Parker.

The suspects were arrested on state Route 72 after they rolled their vehicle, the newspaper reported, and La Paz County Sheriff William Risen indicated that the suspects in the Arizona shootings might be involved in similar shootings in the Las Vegas area.

“There was a series of shootings in the Parker and Bouse areas today,” La Paz County Sheriff’s Office said on its Facebook page Thursday. “The suspects were finally caught just east of Bouse and taken into custody. We do not believe that there is any further threat or any more suspects in the area.

Shots were fired during the suspects’ arrests. One suspect was airlifted to a hospital, Sheriff Risen said in an e-mail to the Las Vegas Review-Journal.

“They are handling multiple shooting scenes,” Sheriff Risen said of authorities in Arizona.

On Thursday evening, Arizona Department of Public Safety spokesperson Raul Garcia confirmed in a statement that a trooper was involved in a shooting with “possible homicide suspects out of Nevada.” That shooting occurred on state Route 72, southeast of Bouse.

“No troopers were injured, and the three suspects are in custody,” according to Garcia. It remains an active investigation.

Multiple scenes are being investigated at this time and we will put out a press release when all the information is gathered.”

According to the Las Vegas Review-Journal, Arizona investigators linked the suspects to multiple shootings in the state.

Sheriff Risen told the news site authorities moved in to arrest the pair on Thursday, at which point rounds were fired. One of the people arrested in Arizona was transported to a local hospital via helicopter following the police-involved shooting, according to the report.

Both investigations remain active and ongoing.