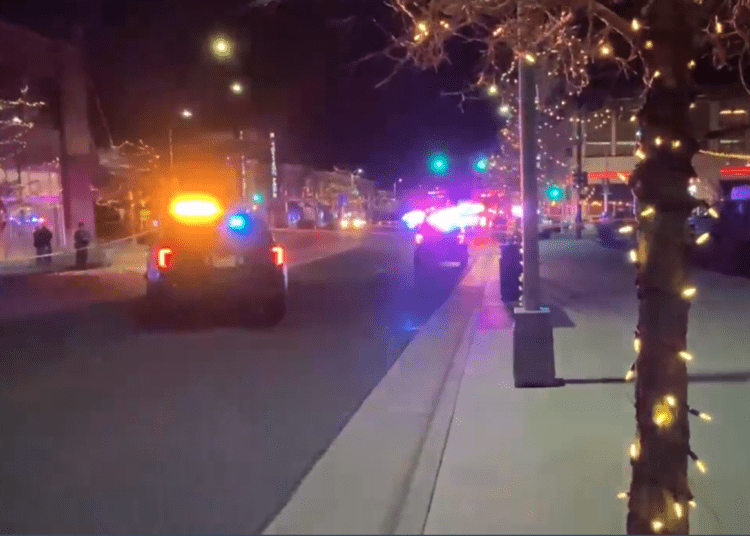 A gunman went on a killing spree in Denver and Lakewood, Colorado. (Twitter)

LAKEWOOD, Colo. — A gunman in Colorado is responsible for killing four people and injuring three others, including a police officer of the Lakewood Police Department. The shooting spree occurred at multiple locations in Denver and the suburb city of Lakewood, according to reports.

The gunman eventually died from a gunshot wound, although authorities are not yet certain if it was self-inflicted or from law enforcement personnel. The police officer was undergoing surgery Monday evening, KDVR reported.

Two women were killed in the first shooting, which occurred in Denver, police said. A third victim was injured by gunfire at that location. Then another shooting occurred that led to a man’s death in the Mile High City.

After the Denver shootings, two people, including the suspect, were pronounced dead after another shooting in Lakewood, authorities confirmed, Fox News reported.

“This one individual was responsible for this very violent crime spree that took place this evening,” said Chief Paul Pazen of the Denver Police Department, according to KDVR.

Pazen laid out the following series of crimes, which began about 5 p.m. Monday:

Following the shootings in Denver, police believe said gunman traveled to Lakewood. The Lakewood Police Department received a call about a shooting inside a business in the 1500 block of Kipling. The victim at that location was pronounced dead, LPD spokesman John Romero said.

Lakewood officers spotted the suspect’s vehicle and tried to detain the gunman near the Belmar district, according to Romero. However, the suspect opened fire and engaged officers in a gun battle.

The suspect eluded police and then fled on foot, Romero said. He went into two businesses including the Hyatt hotel where he shot a clerk, according to Romero. The extent of that person’s injuries was not immediately available Monday night, KDVR reported.

Shortly after that, the suspect encountered a Lakewood officer and shot the officer. As of Monday’s evening news conference, that officer was still in surgery, Romero said.

“We just ask everyone in our community for their thoughts and prayers for that agent and their family,” Romero said.

Five people, including the suspect, are dead after a series of shootings across the Denver metro area Monday night that ended when the suspect was killed by police near the Belmar shopping center in Lakewood. https://t.co/HtbFfYl2xK

From there, the exchange of gunfire continued. Finally, the suspect died from a gunshot wound, according to Romero. He could not say whether or not the gunman died from a self-inflicted wound or was killed by a Lakewood police officer.

“Still unsure exactly if it was by Lakewood police or not but he was then pronounced dead at the scene,” Romero said. “At this point, we do not believe there is any additional safety concern to the community.”

Witnesses in Belmar told KDVR that they saw the suspect’s confrontation with a female officer.

“We seen (sic) the guy: he was a tall man, blond hair, with a trench coat. She yelled at him to ‘put his gun down!’ She yelled, ‘put your gun down’ and he turned around and, like, pulled up the gun and shot her right in front of us, multiple times,” a witness said.