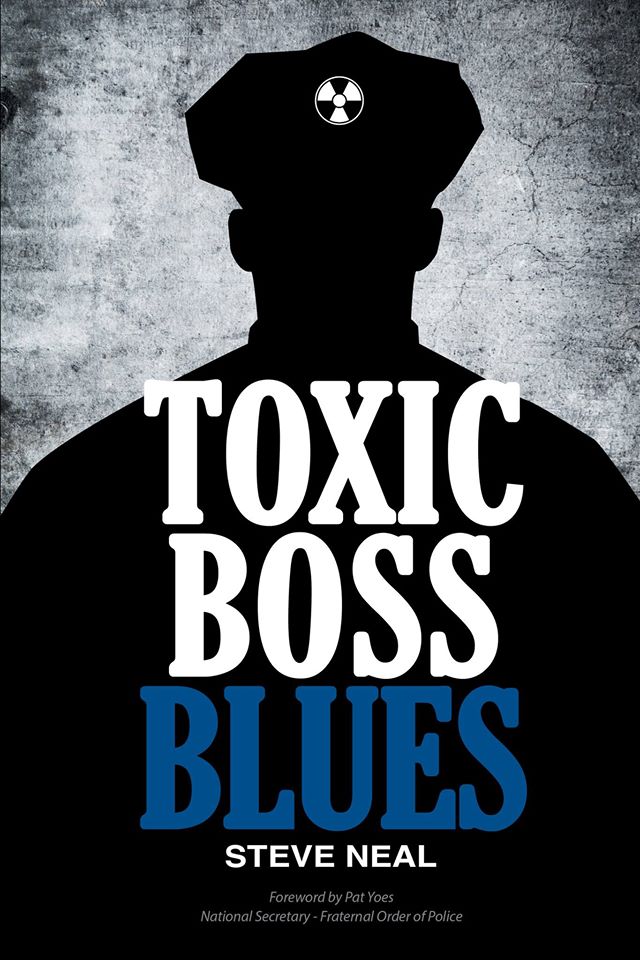 Management toxicity is an all-too-common problem in the law enforcement environment. Many times those near the top of the public safety business will confidently assert that “we don’t have that problem in this organization.” In a few cases this may be true. But, reality demands acknowledgement that while some policing agencies have a deeper level of infection than others, it is rare to find a work group free from the toxic boss plague.

Today’s article will focus upon one type of toxic boss; the Caustic Bully. Harsh, threatening and acidic communications from those who hold power tends to cultivate employees who are withdrawn, dread coming to work, and walk on eggshells. If employees are hesitant to offer ideas, fear speaking freely, or generally engage only in safe, non-controversial activity, then it is a sure bet that bullies are trekking the halls with impunity.

Attempts to intimidate others with their size or physical aggressiveness

May show intense and immediate anger in insignificant situations

Threatens that they possess the power to halt career progression

Delights in humiliating, demoralizing or embarrassing subordinates in a public format

Harshly critiques ideas and suggestions of co-workers or subordinates

Shuts down conversation and discussion

Projects their own poor self-image and negative thoughts onto others

Sabotages peers who are competitors for advancement

Covers up their own blowups

How The Toxic Bully Boss Is Impacting The Workplace?

Promotes an Unsafe Work Environment: Yelling, screaming and out of control behavior is used to intimidate and influence the actions of co-workers. A forceful, threatening demeanor may lead to emotional and/or physical injury. Egregious scenarios can end with the caustic bully physically assaulting their work target. The severity of the battery may trigger death, arrest, criminal proceedings, or civil liability for both the worker and the employer.

Creates Animosity: Corrosive managers create employee anger and resentment.  The mistreatment of direct reports highlight conflict, mistrust, and hostility. Sudden, aggressive outbursts by the bully put everyone in their path on edge. The behavior generates anxiety and stress; workers will be treading lightly trying not to trigger an emotional eruption. Many times peers or direct reports will duck, hide, or avoid the bully for fear that they will set the offender off and experience the full brunt of the beast.

Sends Morale Down the Tubes: The bad deeds of a caustic bully boss are likely to intensify lost time from work. Sufferers may experience low self-esteem, anxiety, and sleep disturbance, or feel paralyzed, powerless, and helpless. Productivity is diminished, as time is wasted by employees thinking about the situation, avoiding interaction with others, or seeking support from peers. Teamwork, creativity, synergy, and collaboration are weakened.

Models bad behavior: Employees are learning about and adapting to organizational norms from the moment they arrive on the job. The toxic bully’s behavior runs the risk of establishing a workplace model of nastiness that features force, threat, and intimidation. If employees perceive that the bullying facilitates success, then it is highly likely that at least some will emulate the activity. Negative behavior modeled for employees increases the chance that employees will behave badly toward citizens.

Almost to a person, law enforcement retirees will say that what they do not miss about the job are the internal politics, dreadful bosses, and management mischief. Blustering, quarrelsome and overbearing behavior will cause work trauma that poisons and destroys the culture of an organization. Bullying is a form of emotional violence upon the recipient. Though co-workers may not be able to see physical scarring, the damage can be devastating.

Professionals must know how to coach, mentor, correct deficiencies, and enforce standards of success without being rude hostile jerks. Great leaders combine dignity and decency with order, prerogative, and governance. Civility, tact, and gracefulness are sophisticated leadership skills that facilitate greater employee pride, self-respect, purpose in our work, and enhancement of our product.

It is the solemn duty of each of us to ensure that no law enforcement officer is exposed to the venom of a scathing toxic boss.

Captain Steve Neal (Ret.) served as a law enforcement officer in Virginia for 29 years. During his tenure he was fortunate to experience a wide range of assignments which included Uniform Operations, Criminal Investigations, Covert Operations, Director of the Emergency Communications Center, Director of Training, Support Services Commander, and Inspector for the Office of Professional Standards. Co-founder and partner of the Leatherman & Neal public safety consulting team, Steve enjoys providing leadership training for peace officers. In addition to his consultancy, he currently works as a media contributor; furnishing analysis, consultation, and crime commentary for television broadcasters. Steve Neal is the author of a great new book Toxic Boss Blues. www.ToxicBossBlues.com