One Chicago PD officer was wounded along with two ATF agents 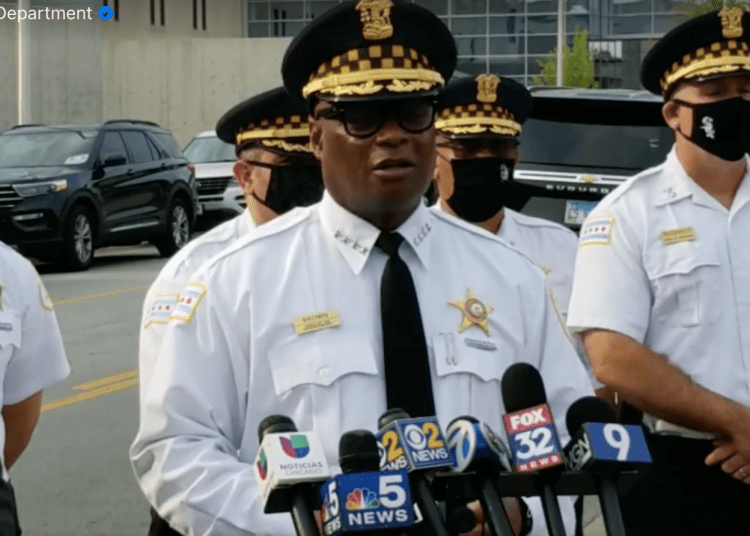 CHICAGO — Three undercover personnel were shot in Chicago early Wednesday within the department’s 22nd District that serves Morgan Park on the Far South Side, according to reports.

Among the victim’s, one worked for the Chicago Police Department, and two for the Bureau of Alcohol, Tobacco, Firearms and Explosives (ATF). They were shot around 5:50 a.m. near the intersection of 119th Street and the ramp onto Interstate 57, Chicago Police Supt. David Brown said at a press conference. The three undercover cops were traveling in the same unmarked, undercover vehicle attempting to enter the freeway when they received gunfire from the street, Brown said.

The superintendent said the undercover personnel were actively conducting an investigation when fired upon.

According to Brown, the Chicago undercover officer was grazed in the back of the head by a round. One ATF agent was hit in the hand, while the other was hit in the side torso. Their injuries are not believed to be life threatening. The gunman remains at large.

One ATF agent injured is a male, the other is a female. The police officer is a male. No other identifying information was immediately released,

Brown said the current tally for CPD officers who have been shot, or shot at this year stands at 36, Fox News reported.

“Our officers are performing their jobs at the highest levels. They’re risking everything to protect the people of Chicago,” Brown said.  “And this includes our collaboration with ATF. ATF officers are also giving everything to protect the people of Chicago. No one would do what these officers do. This is a very challenging time to be in law enforcement, but they are rising to the challenge. … The work that they do is extremely dangerous.”

The shooting comes a day after police reported that 100 people were shot in Chicago, including two police officers who were wounded while trying to break up a crowd during the Fourth of July weekend, Law Officer reported.

According to the Chicago Sun Times, Cmdr. Patrina Wines suffered a gunshot wound in the foot, while an unidentified sergeant was grazed in a leg when gunfire broke out within a crowd of partygoers around 1:30 a.m. Monday.