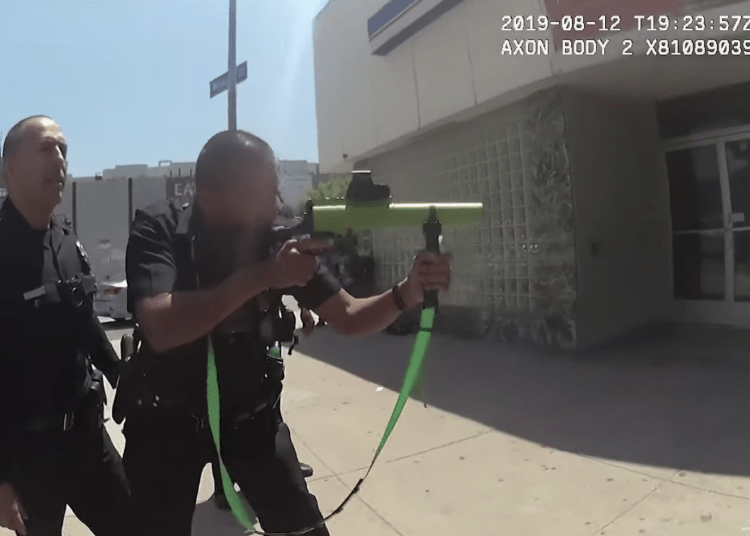 Law enforcement officers encounter perilous circumstances that become more dangerous when people fail to comply with officer commands. The trend with many combative individuals has become “fight now and sue later.” Sadly, this can lead to great bodily injury and sometimes death—for combatants and police.

The National Police Association (NPA) has created a public service announcement that encourages “Comply Now, Complain Later.” The campaign informs the public on the dangers of failing to comply with lawful orders as it urges people to assist in the reduction of police officer use-of-force encounters.

“The message of this PSA is asking the public to help police by not escalating, not attacking, not fleeing and not trying to disarm an officer. Whether it is getting asked a question, getting a citation or getting arrested, don’t confront, don’t resist, and don’t flee,” a news release from the NPA says.

“If someone feels they have been improperly treated by an officer the time to seek a legal resolution is after the encounter has concluded,” they add.

“This PSA will inform citizens on how resisting arrest, fleeing, and attempting to disarm a police officer places both the police officer and the member of the public in danger and poses a preventable risk for all concerned,” said NPA Spokesperson Sgt. Betsy Brantner Smith (Ret.), according to Post Millennial.

NPA President Ed Hutchison said in a statement, “The mainstream media has been pushing ‘cops are the problem’ 24/7 for over a year. The reaction to the PSA so far demonstrates there is a desire for counter programming, such as this PSA, which says the criminals are the problem. If the criminals are reformed, the police and the public will be safer,” Post Millennial reported.

The PSA is being “well received,” Hutchison said.

The NPA reminds us that police are required to use force hundreds of thousands of times per year, resulting in over 50,000 officers being assaulted on the job leading to injuries and death. These cases go unheralded unless something goes dramatically wrong or law enforcement officers make a questionable judgment call during the encounter.

According to the National Fraternal Order of Police, ambush-style assaults on police officers is up 91 percent this year compared to 2020, Law Officer reported.

🚨Witnessing a SURGE in violence against the brave men and women of law enforcement. Ambush-Style Attacks on officers are up 91% from 2020 (YTD). So far this year:

“Comply Now, Complain Later” will be distributed by TV Access to over 1,800 U.S. television cable networks and major market stations.