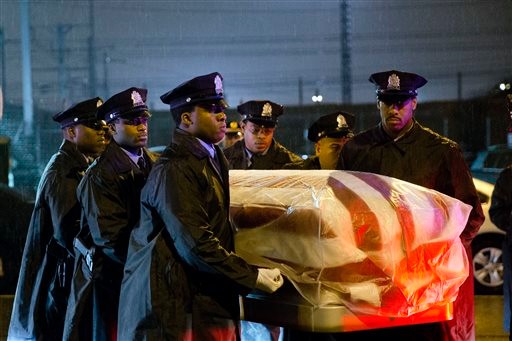 I got a text while I was in a class on Saturday.  “Westerville Ohio one officer killed another in critical condition… Wanted to advise you… Think we should order mourning bands, what’s your thoughts?”

I responded immediately with the affirmative to drape our badges.  My thoughts, he asked, were all over the place.   I thought of Psalm 23 where we hear, “Yea though I walk through the valley of the shadow of death”.  I also thought about this thing called “the thin blue line.”   In law enforcement we have two families, blood and blue, and they are both family.  Just like your distant Uncle Bob, when you hear of the loss of a family member it hits home.  As always, I said a prayer for the families at work and home.  This thing called family for us is very real in a way that people who have never donned the badge will never understand.  You can fight with family, heck you can even have a genuine dislike for another “brother or sister” but it is family.

So, what makes this family out of people we have never met, from all over the country and even the world?  It is the walk in the valley.  This is the whole reason we call it the “thin blue line”.  There is a gap between evil and good and it is separated by that line.  Now many will say that police work isn’t dangerous or that I am exaggerating about the valley but here is the problem, we never know when or from where danger comes.  The public doesn’t see and doesn’t want to see the stuff in the valley, but we walk there every day.  I know the public is unable to comprehend law enforcement’s role in our society because I have friends who aren’t cops.  Even in martial arts classes, guys who spar and train to fight are amazed at the situations I have been in and the actions of the people I have encountered. 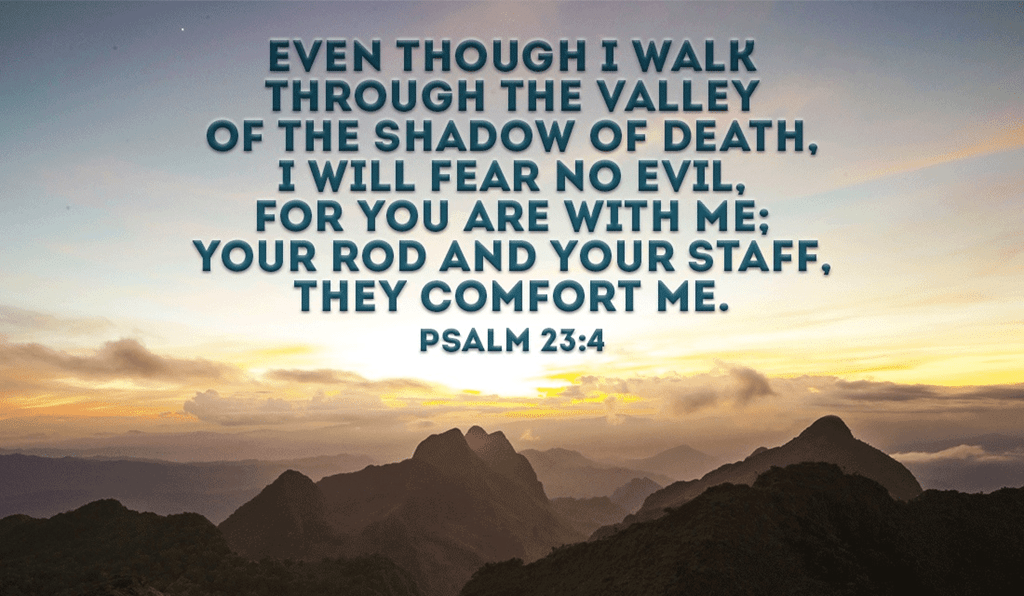 What does it mean to walk in the valley?  People walk up with their 5-year-old son, point to us and tell him if he misbehaves, the police will arrest them.  We are asked to be perfect in our demeanor at all times but prepared to fight to the death.  Kind and gentle with your children, soft of touch with the mentally challenged and able to bandage boo-boo’s at accident scenes while talented enough to shoot the knife out of a suspect’s hand or be able to tell if a gun in the hand of an angry young man standing in the dark shadows is real, loaded and his intentions are callous.   We are called on to be trained like super athletes with the ability to make split second decisions, so a lawyer can take years to analyze our actions by milliseconds.  Many in the public expect us to use fingerprints and DNA to solve a damage complaint caused by a rock tossed through a window, like CSI, without incurring overtime and juggling two assaults, a robbery and a hit skip report.  If an officer is attacked, it is his job, if he defends himself, he is a thug.  We are called for the death of a loved one, the murder of a reckless one or stupidity by a foolish one.  We are supposed to counsel the angry and coddle the undisciplined.  Expected to work holidays, weekends and festivals while people drink like pirates and behave the same.  We pick up, cut down or notify about dead bodies so that the next call we get is by some chucklehead who wants to complain about his neighbor parked 4 inches too close to a stop sign.  We get rejected from restaurants, called names, spit at, yelled at and disrespected from segments of society but are told to let it run off your back.  Finally, any job that no one else will do is assigned to the police.

If that is not enough, now we lose two more heroes in a tight knit community in Midwest Ohio only for the blue family of those officers to receive calls from low life scum praising the death of the officers and cursing at the dispatchers.

The nature of this job requires us to walk in that valley that others can never go.  Violence, death, images we can never forget, and all too often lately disrespected like the Vietnam vets of my youth.  I am proud to be part of that “thin blue line” that walks that valley because I know I do not walk it alone.  My family, blood and blue, are with me and a fine family it is.  Shortly we will have another family reunion with thousands of family as we go to honor Officers Anthony Morelli and Eric Joering.

“Yea, though I walk through the valley of the shadow of death, I will fear no evil: for thou art with me” Psalm 23:4