The Perils of Emotion 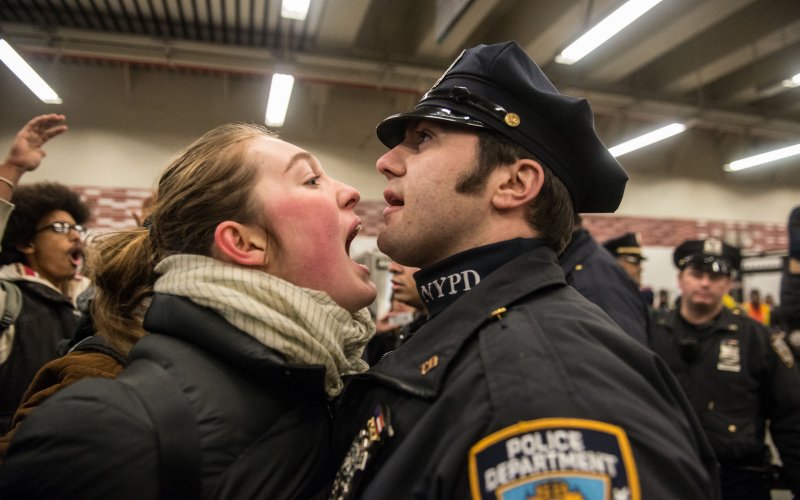 On the heels of the jury deliberation announcement in the Philando Castile case, I take this opportunity to talk about a hazardous element that almost always comes into play during high profile cases, especially those that involve police action shootings.  What exactly am I speaking of?

But first, allow me to preface this article by saying that I make no assumptions of guilt or innocence against St. Anthony (MN) Officer Jeronimo Yanez.  The reason?  The legitimate facts about the case are not available to me.  I was not there at the time of the incident, I am not party to the investigation, and I am not a member of the jury nor was I in the courtroom during any portion of the trial.

Emotion can be a treacherous element.  Oftentimes it clouds our judgment and inhibits our ability to be objective thinkers.  In high profile situations, emotion often strips away our ability to be impartial.  For this reason, as a police trainer, I stress that officers should train themselves not to be emotional on the job.  Don’t get me wrong, officers can and should allow themselves to have feelings such as empathy.  After all, we are people and having feelings is a big part of what makes us human.  The problem is that emotions are hard to keep in check.  Once too far removed, emotion becomes a slippery slope of irrational thoughts and concepts.

Let’s take any high profile officer involved shooting, for example.  When the shooting happens there is public outcry almost immediately.  Within minutes people begin to swarm the scene and protests spark.  Officers on scene are often cursed and denounced.  Justice is demanded even though the facts of the incident are still being realized.  People take to social media demanding justice and accountability.  The clicks, likes, comments, and shares soar into the thousands within a couple of hour’s time.

There are often cries for integrity and morality after a police action shooting.  What many who make these pleas seemingly fail to realize is that the men and women who take the oath to commit themselves are amongst those of the utmost integrity and character.  No faction or group is exempt from an occasional exception, but the exception does not, and should not, represent the group as a whole.  Besides, whose moral compass provides the framework of morality?  The social expectations seem to shift with the wind, making it impossible for morality to be standardized.

Emotion, though, is not only a hurdle for the general public; it also is an impediment for police officers.  Occasionally, a video is released that shows an officer who becomes emotionally invested in an incident.  Oftentimes, it is easy to identify at which moment the emotion crept in.  That is usually when the incident starts down the slippery slope away from the standard of objectively reasonable.

People respond differently to video than they seem to respond to anything else.  In the Castile case, the Facebook live video depicted the scene immediately following Officer Yanez shooting Castile who was seated in the vehicle at the time of the shooting (this has never been disputed).  Yet, there was immediate emotional outcry of wrongdoing and police brutality.  Absent of facts, the court of public opinion decided that Officer Yanez was guilty of cold-blooded murder before any investigation even commenced.

I feel bad for Castile and his family and I feel bad for Officer Yanez.  However, I’m careful not to take up an emotional investment in this case because I know how emotions have a tendency to indiscriminately suck us into blind loyalty.  With the recent deliberation announcement of “not guilty” after five long days of deliberations, I can only assume that jury took a long and hard look at the facts of the case and came to an objective conclusion without the use of emotion.

Yet still, as I browse social media I see a variety of emotions expressed from both sides of this case following the jury verdict.  I see people who have become invested in this case for one reason or another.  The position of neutral and detached seems to be all but vacated in today’s society.  Emotions run high and irrational thought and conjecture soon follow.  It’s as if facts no longer matter and emotion is now the driving force.  What kind of society would we live in if emotions were consistently superior to facts?  That’s the kind of society I would prefer to be may miles removed from.