'We have indeed found evidence of bias' said the research psychologist 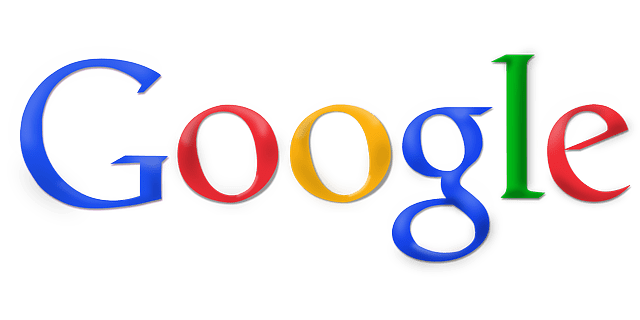 One expert is now saying data shows that tech giant Google pushed liberal voters to vote in this month’s elections, but not conservatives.

Robert Epstein, a senior research psychologist at the American Institute for Behavioral Research and Technology, presented his data in an interview with The Epoch Times.

Epstein released his data findings to members of Congress investigating the biases of Big Tech.

In a letter to Google CEO Sundar Pichai, Republican Sens. Mike Lee of Utah, Ron Johnson of Wisconsin and Ted Cruz of Texas noted that Epstein had informed Johnson about his research into potential bias, Western Journal reported.

“One of our most disturbing findings so far is that between Monday, October 26th (the day our system became fully operational) and Thursday, October 29th, only our liberal field agents received vote reminders on Google’s home page. Conservatives did not receive even a single vote reminder. This kind of targeting, if present nationwide, could shift millions of votes, in part because Google’s home page is seen 500 million times a day in the U.S.,” Epstein told Johnson at the time, according to the letter.

During his interview, Epstein noted, “I should also say — I think it’s relevant to this issue — that I was contacted by a pretty prominent Washington, D.C., attorney a few days ago who thinks I should go into hiding.”

He added that based on 733 of what he called “field agents” in three states, “We have indeed found evidence of bias.”

“We’ve also found what some people might want to call a ‘smoking gun.’ We found that during the week of Oct. 26 — that’s quite close to the election — only our liberal field agents were getting vote reminders on Google’s homepage. I deliberately began to go public with this information on Thursday, Oct. 29,” he said.

Epstein went on to say that two things happened next. First, he shared his data with the New York Post, which he said had a story ready to run. That story was later spiked.

“So think about that. That’s a fairly conservative news outlet. In effect, I got censored by this news outlet,” Epstein said.

“The other thing that happened was that targeted messaging on Google’s homepage disappeared. It was like someone flipped a light switch, and it just disappeared. So starting at midnight on Oct. 29, just days before the election, all of our field agents began to receive that vote reminder on Google’s homepage. That continued until the very end of Election Day on Nov. 3,” he added.

Epstein was asked about the possibility of an error on his part.

“I don’t know how to answer the question. I was startled when I saw the numbers appear on my screen. I can’t say for sure what people around the country were getting,” he said.

“But I can say that we had recruited a diverse group of 733 registered voters, Republicans, Democrats and Independents. And I can say that during that period of time our field agents who identified themselves as liberal all got this vote reminder in Google’s homepage. I can say that, among those who call themselves conservative, not a single person saw that reminder on the homepage.

“That’s a strange thing to see on a computer screen when you’re looking at data because you have 100 percent in one group, and zero percent in the other group. One doesn’t see that very often. Let’s put it this way: You don’t need to do a statistical analysis to see if there’s any difference between the two groups — 100 percent versus zero percent.”

“I calculated months ago that if all the Silicon Valley companies, the most powerful two being Google and Facebook, are all pushing in the same direction, that could easily shift in this election 15 million votes. Which means they, in effect, decide who the next president is going to be,” he said.

Epstein said that although he is a liberal at heart, the conduct of Google concerns him.

“The fact is, if we allow companies like Google to control the outcome of our elections, then we have no democracy, there is no free and fair election, all of that is illusory. In effect, we have behind-the-scenes technology lords — technology masters who are actually running the show,” he argued.

The Western Journal believes Trump would have accrued at least 289 electoral votes without Big Tech interference. The news organization also reached out to Google for comment but did not immediately receive a response.