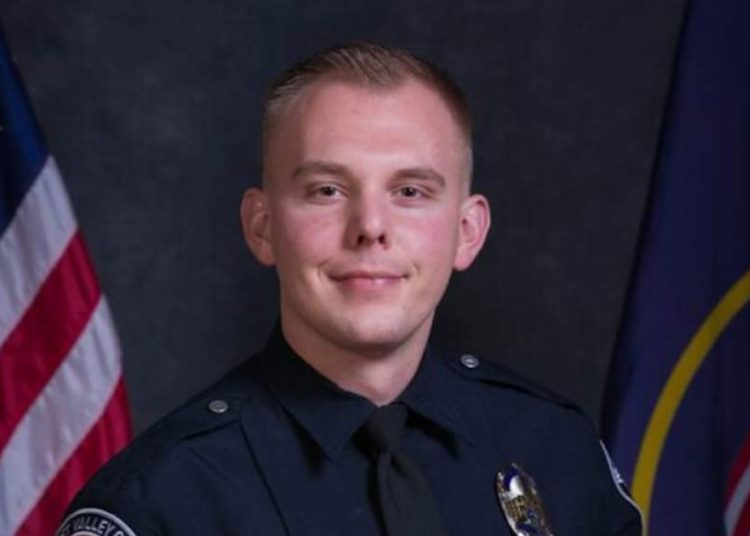 Two of the three teens convicted of killing West Valley Police Officer Cody Brotherson were released from prison, just four years after the death of the Utah officer.

Kaitlin Felsted with the Utah Department of Corrections stated the decision was made in “collaboration between the [Utah Department of Corrections] and the Utah Board of Pardons and Parole to initiate some early releases to create capacity within correctional facilities as confirmed cases of COVID-19 continue to increase throughout the state.” Those released early were within 180 days of their scheduled date and had an approved address, Felsted said.

THERE WILL BE PROBLEMS WITH SOCIAL WORKERS DOING POLICE WORK

The 18-year-old has been on probation since March.

The three teenagers were convicted of striking and killing Brotherson as they were fleeing officers in a stolen car. Brotherson was killed as he attempted to place tire deflation devices in the road.

According to KUTV, the two brothers, ages 14 and 15, and a friend who was 16 years old, were originally charged in juvenile court with murder in the death of Brotherson. They all pleaded guilty for their roles in the officers’ death, but the 16-year-old and 14-year-old ultimately pleaded guilty to reduced charges.

In July 2017, the teens were ordered to secure care at a juvenile detention facility, along with 1,000 hours of community service for one and 2,000 hours for the other two.

The two teen brothers, now 18 and 17, were transferred to the adult court system after two separate assault incidents.

The 17-year-old pleaded guilty in March 2019 to a second-degree felony charge of assault by a prisoner with gang engagement. He was sentenced to one to 15 years in jail, but was released on parole on May 28, according to court officials.

The 18-year-old also got into a fight during a separate incident in January. He reportedly was sentenced to serve up to five years for third-degree felony assault by a prisoner, according to court officials.

On Monday, two of the suspects were stopped in a stolen vehicle by West Valley officers and one had been shot several times.

KSL reports that police have confirmed that Lawrence Boggs was also wanted in connection with a shootout Saturday night inside a West Valley hotel.