'One of the kindest human being I've ever met' 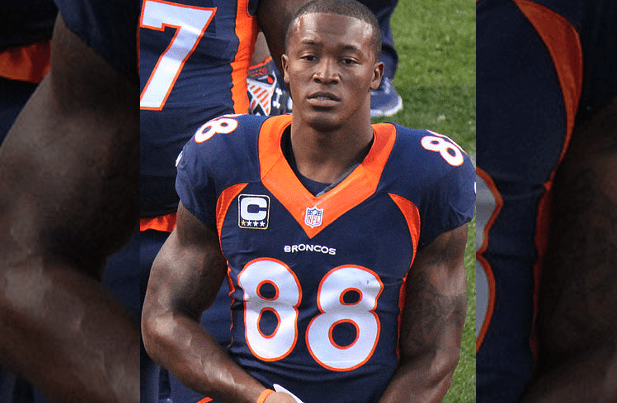 Police told TMZ Sports that preliminary reports suggest the death stemmed from a medical issue. Moreover, law enforcement officials said there are currently no indications that foul play was involved.

“Preliminary information is that his death stems from a medical issue, and our investigators currently have no reason to believe otherwise,” said Officer Tim Lupo of the Roswell Police Department.

The Georgia native had a stellar career at Georgia Tech before turning pro and being selected by the Broncos with the No. 22 overall pick in the 2010 NFL draft, Fox Sports reported.

Thomas shared a career highlight with Tim Tebow in the 2011 season when they connected for a game-winning touchdown pass to upset the heavily favored Pittsburgh Steelers in the AFC Wild Card game.

Demaryius Thomas has passed away at the age of 33 per @AllbrightNFL.

Reaction to Thomas’ passing poured in from around the league.

Just got confirmation as well.

One of the kindest humans I've ever met. EVER.

Life is so short… prayers up 🙏🏾

Thankful I got to hug you this summer. Speechless.

Thomas was named to three consecutive Pro Bowls. From 2012 to 2016, he would accumulate more than 1,000 receiving yards. He quickly became the top target for Peyton Manning when the Hall of Famer joined the Broncos in 2012. The connection quickly elevated the Broncos to one of the best teams in the NFL and it culminated in one Super Bowl title and another Super Bowl appearance, Fox Sports reported.

At the end of his career, Thomas also played for the Houston Texans and New York Jets. He officially announced his retirement in June 2021, finishing with 724 catches for 9,763 yards and 63 touchdowns.

UPDATE: The family of Demaryius Thomas believes he died from a seizure, relatives told the Associated Press.

The former Broncos wide receiver “had been suffering from seizures for over a year,” LaTonya Bonseigneur, Thomas’ cousin, said Friday.

Bonseigneur — who grew up with Thomas in Montrose Ga., and considered him a sibling — said the family believes he suffered a seizure while he was showering, New York Post reported.

“He was alone and a friend couldn’t get hold of him, so he called his driver, who has a key because of these seizures, and he went into his home and found him in the shower,” Bonseigneur said. “We’re not sure when he died. We just spoke with him (Wednesday).”

Thomas would have turned 34 on Christmas Day.