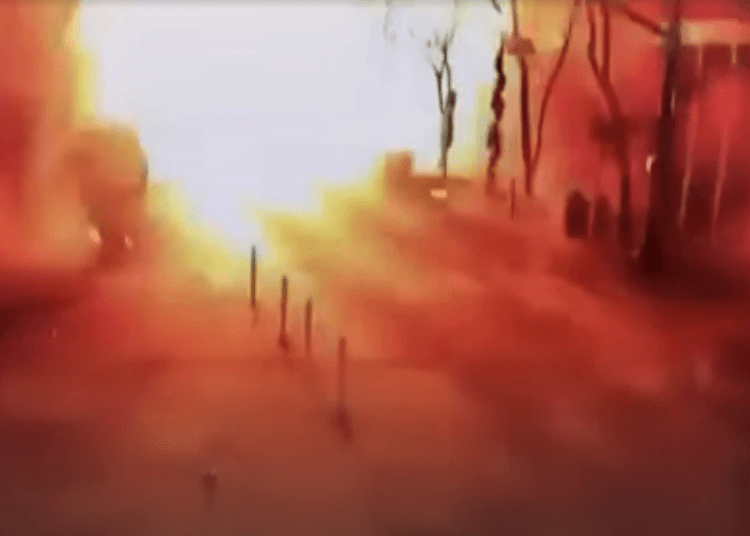 NASHVILLE, Tenn. — A new video has emerged of the Christmas morning blast in Nashville that horrified the area.

The short clip shows what appears to be a police officer walking in the street about half a block from a parked RV. The lights from a police unit can be seen flashing on the other end of the block, New York Post reported.

The officer exits the frame just before the blast occurs at 13 seconds into the video. The intense explosion flash is followed by heavy smoke and flying debris.

The rest of the minute-long video clip shows the street shrouded in black smoke, with a fire burning in the background.

Chatter in the audio at the beginning of the video appears to be referring to instructions that residents refrain from using the area, along with a comment that things would open up in a couple of hours. One local who was walking his dog was stopped by an officer moments before the explosion, likely saving his life, according to The Post.

The street in downtown Nashville where the blast occurred was closed that morning when police discovered the RV, which had a recorded message telling people to evacuate. Six Nashville officers were recognized as heroes for their quick action evacuating nearby buildings and likely saving many lives.