The mayor described the crime scene was described as 'pretty brutal' 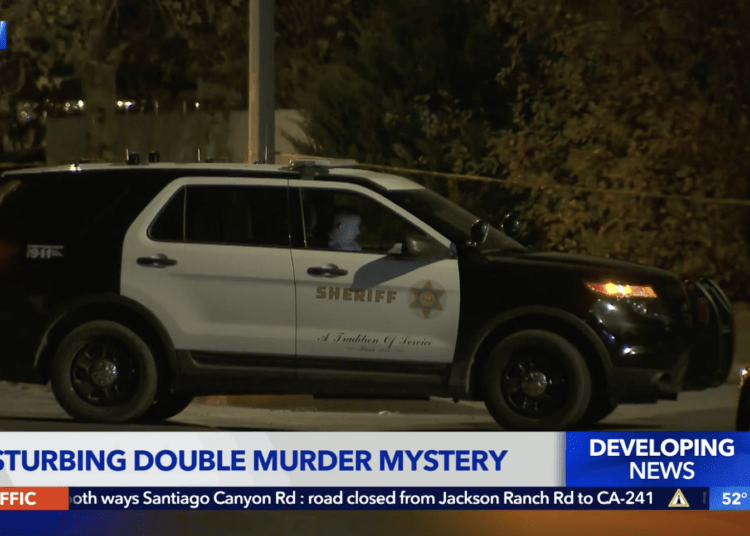 LANCASTER, Calif. — Police arrested a California man after discovering that two of his children had been decapitated in his home, according to the Los Angeles Times.

The Los Angeles County Sheriff’s Department took Maurice Taylor Sr., 34, into custody on Friday after firefighters responded to a call about a gas leak at his home and discovered the bodies with “lacerations and stab wounds,” according to a statement from the sheriff’s department.

LASD said that there was no gas leak after the fire department arrived.

The Homicide Bureau did not confirm details of the arrest but directed Fox News to a statement.

Lancaster Mayor R. Rex Parris told the Times that the bodies of a 12-year-old boy and 13-year-old girl had been decapitated, calling the scene “pretty brutal.” Police found two other children alive without injuries and sent them to a hospital, KTLA reported.

The decapitated bodies were found in separate rooms, and it was unclear how long they had been dead, Lt. Brandon Dean told the Times. Police arrested Taylor and his wife, who were both home when law enforcement arrived, without a struggle.

Deputies were initially called to the scene after clients of Taylor, who worked as a personal trainer, grew concerned when they didn’t hear from him all week despite scheduled Zoom training sessions.

“We were afraid of carbon monoxide poisoning, or they were all dead from falling asleep,” said one client who spoke to the Times on the condition of anonymity and described Taylor as “mellow” and “reliable.”

Howard Kern, an attorney who was Taylor’s client for about seven years, told the news organization that he called the fire department after he and others attempted to contact the Sheriff’s Department to voice their concerns.

Kern said he told firefighters he was concerned about “a possible gas leak.” He added that Taylor, whose bail has been set at $2 million, was one of the kindest people he knew.

“Think of the nicest person that you know, then multiply that by five,” Kern told the Times. “He worked so hard to support himself. Unfortunately, we don’t know enough to say what happened or what didn’t happen.”