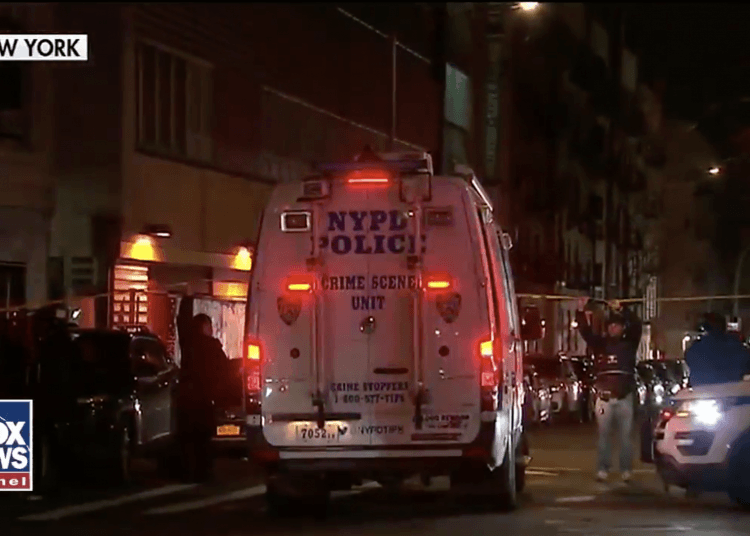 NEW YORK – A gunman opened fire inside NYPD’s 41st Precinct in the Bronx Sunday morning, striking a police officer in the arm just hours after another officer was shot and injured in his patrol van in what officials called an attempted assassination.

The second officer was shot just before 8 a.m. inside the precinct and was currently in stable condition at a local hospital, NYPD spokesperson Hubert Reyes said. A suspect was in custody.

Reyes said it is unclear if Sunday’s shooting is related to Saturday evening’s “ambush” on a patrol van in the same area, Fox News reported.

A man approached the uniformed officers’ van just before 8:30 p.m. Saturday and asked for directions when he brandished a gun “without provocation,” Police Commissioner Dermot Shea said. Neither officer returned fire.

The officer at the wheel of the van was grazed in the chin and neck, but he avoided serious injury. The officer was expected to released from the hospital Sunday.

No arrests were made as police launched a manhunt for the gunman.

Gov. Andrew Cuomo tweeted shortly after the shooting Sunday morning that he was “horrified” by the apparent back-to-back attacks on the city’s law enforcement officers.

Horrified by the multiple attacks on @NYPD officers in the Bronx.

NY's law enforcement officers put their lives on the line every day to keep us safe. These attacks are heinous.

Those responsible will be brought to justice & held accountable to the fullest extent of the law.

“Horrified by the multiple attacks on @NYPD officers in the Bronx,” Cuomo wrote. “NY’s law enforcement officers put their lives on the line every day to keep us safe. These attacks are heinous. Those responsible will be brought to justice & held accountable to the fullest extent of the law.”

Twitter followers like Chuck Bagley mocked Cuomo’s “outrage” since he is rather weak on issues of law and order.

Fullest extent of the law? You mean the laws you keep weakening? Law and order are not really one of your strong points. Be safe LEO's! Know that a large majority of NY'ers support you and have you're back. Thank you for looking out for our safety. #BlueLivesMatter

In 2017, a gunman killed Officer Miosotis Familia as she sat in her patrol vehicle in the Bronx. In 2014, two officers, Rafael Ramos and Wenjian Liu, were shot and killed in their patrol unit in Brooklyn by a man upset about recent police shooting of black suspects. Shea said Ramos and Liu’s deaths were “not something that engenders anything but the worst memories.”

UPDATE: Robert Williams has been identified as the shooter in both ambush attacks. He is in custody. Read more.